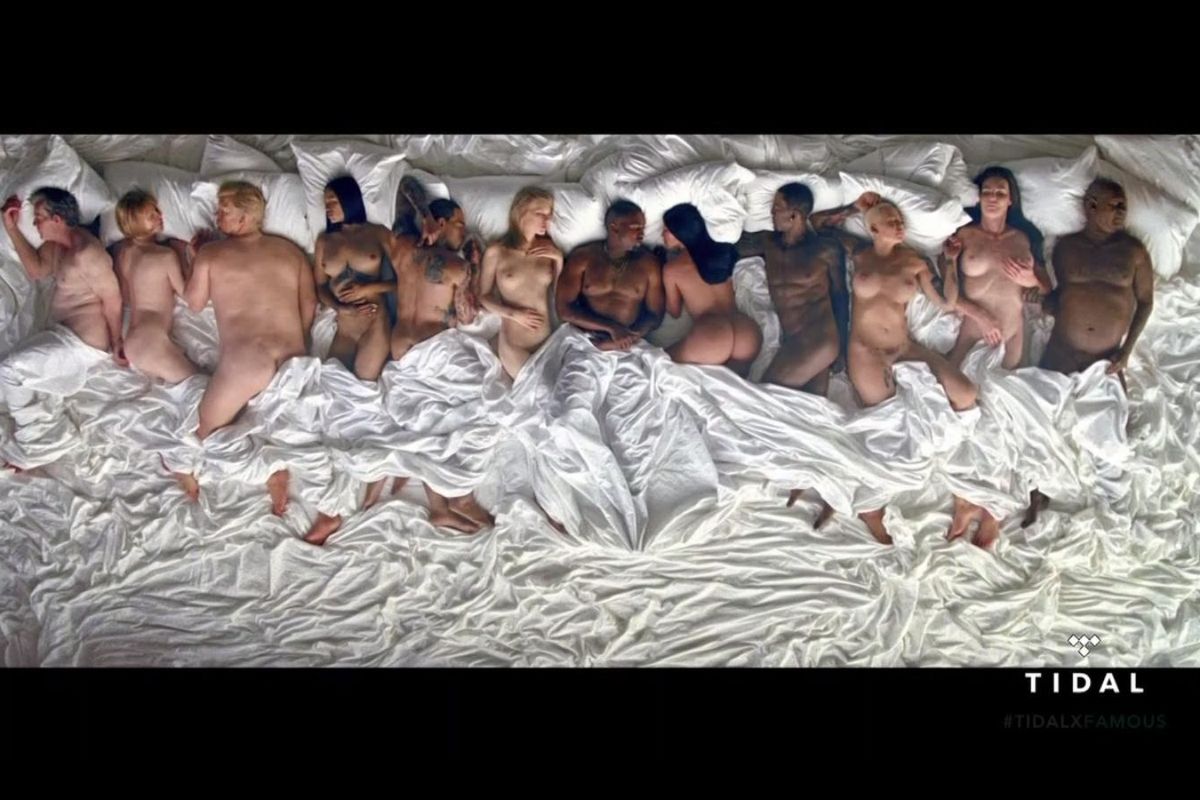 If you weren't at the Kanye West "Famous" video premiere in LA last night, then you were probably sitting at home at your computer waiting to watch (and tweet) about it. Unsurprisingly, West delivered with a naked, celeb-filled video full of the current world's most famous people, modeled after a 2008 painting from Vincent Desiderio titled "Sleep." Celebrities like Taylor Swift, Amber Rose, Anna Wintour, Donald Trump, and of course, Kanye's First Lady, Kim, were positioned as wax figures in bed with the rapper.

Following GQ's cover story cover story on Kim, Swift's beef with West was stirred up once again. Swift supposedly was pissed about West's lyric about her on "Famous," ("I feel like me and Taylor might still have sex/Why? I made that bitch famous"), but according to Kim, she knew about the lyric and approved it. If we know anything, we know that Swift is calculated in the moves she makes. And if she was truly upset about West singing about her in the first place, we can't imagine her legal team hasn't given West's a call yet.

And, of course, the internet couldn't ignore the drama so people began predicting the stars of West's video that would go after him for using their likeness, well, in the nude.

Update: West gave an exclusive interview to Vanity Fair about his "Famous" video in which he says he isn't supporting or against any of the public figures portrayed by wax dolls in his video. "It's not in support or anti any of [the people in the video]," West said. "It's a comment on fame." While the world is waiting for the shoes (aka lawsuits) to drop, West doesn't fear them like the public seems to. The rapper tweeted (and deleted), "Can somebody sue me already #I'll wait" on Saturday afternoon after a lack of legal response, we'd guess