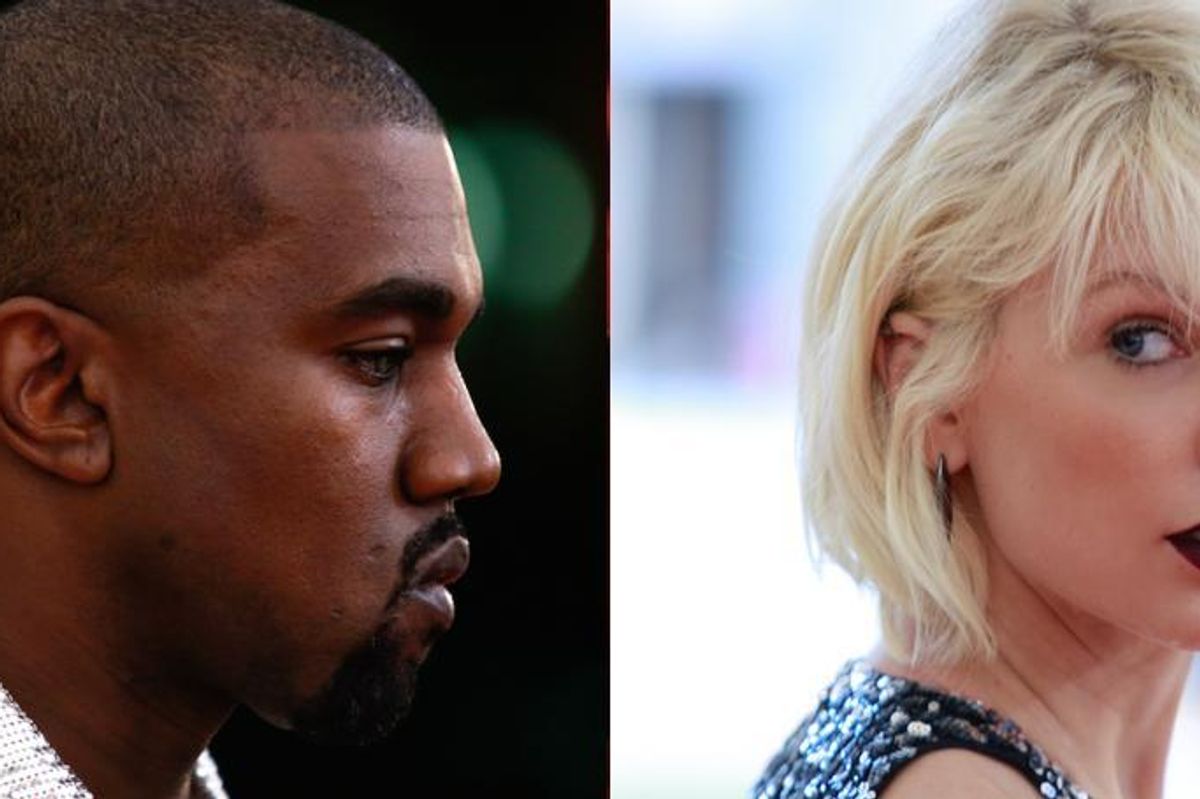 Mr. Yeezy himself made a surprise emergence (literally from the floor below) at Drake's Chicago leg of his "Summer Sixteen" tour.

West performed his Views feature with Drizz, "Pop Style," to the delight of the screeching audience in his native Chitown.


Kanye, of course, decided to twist the nail in the coffin a liiiiiiittle more, regarding his most recent #scandal re: Taylor Swift, and Kim's Snapchat.

"I am so glad my wife has snpachat. Cause now y'all can know the truth." - Kanye West pic.twitter.com/aoYhprCieR
— DistinctHype (@DistinctHype) July 28, 2016

"I'm so glad my wife has Snapchat," Kanye said, panting.

Someone needs to etch that quote into the Washington Monument.

He then took it a STEP further, encouraging the crowd to chant the "Famous" lyric that got this shitshow rolling, in the first place...

"I made that bitch famous!"

He finished his hometown glory moment by performing Life of Pablo's "Father Stretch My Hands Pt. 1".