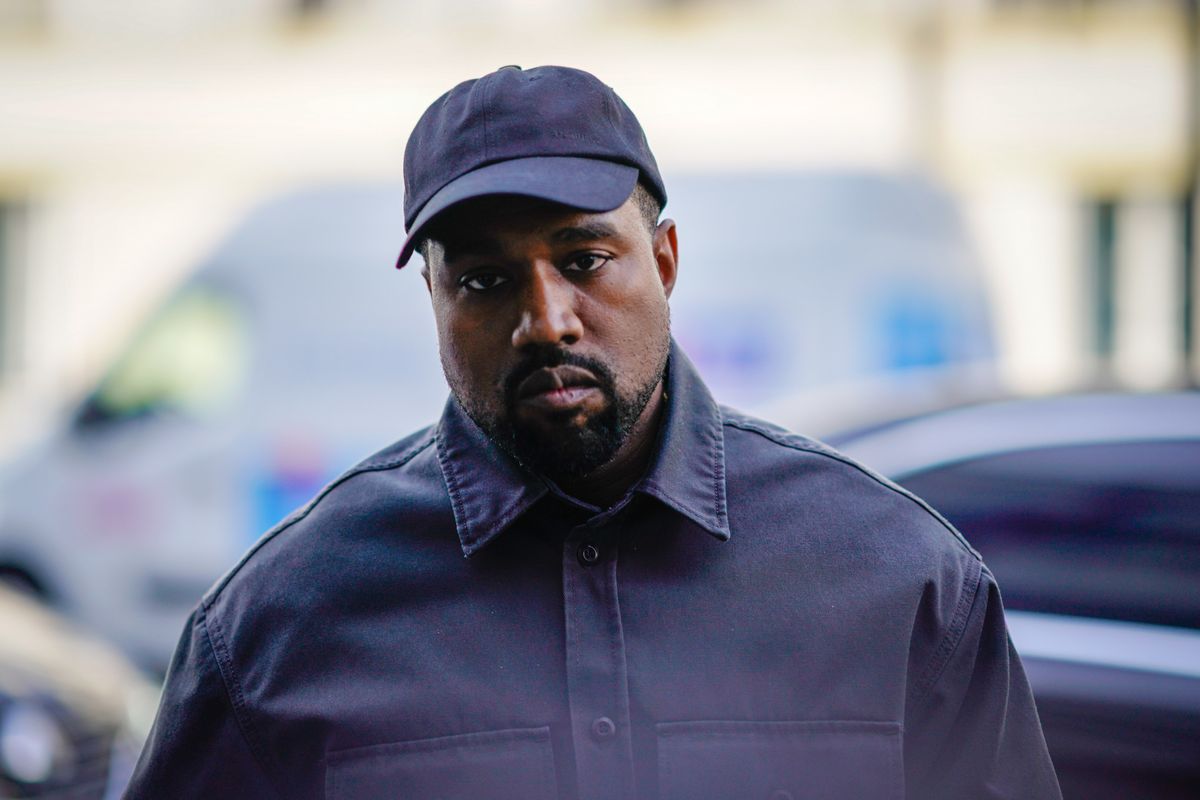 Kanye West on Slavery Comments: 'I'm Not Backing Down'

At its peak, the pre-album Kanye West press cycle felt like a circus — particularly when the creator appeared on TMZ Live to notoriously say Black people's 400 years of enslavement sounded "like a choice." Now, in the aftermath, The New York Times has released an interview with the rapper, in which West was asked to clarify his comments.

Conducted in Jackson, Wyoming, during West's album party and general release of Ye, the feature covers West's support of Trump and his general proclivity for controversy. "I said the idea of sitting in something for 400 years sounds — sounds — like a choice to me, I never said it's a choice," West told the reporter, comparing his TMZ appearance to a corpse popping out of the casket at their funeral and yelling, "slave!" He added, "I never said slavery itself — like being shackled in chains — was a choice. If you look at the clip you see the way my mind works."

When pressed as to how he would rephrase the sentiment, West continued: "I wouldn't frame a one-liner or a headline. What I would say is actually it's literally like I feel like I'm in court having to justify a robbery that I didn't actually commit, where I'm having to somehow reframe something that I never said. I feel stupid to have to say out loud that I know that being put on the boat was — but also I'm not backing down, bro. What I will do is I'll take responsibility for the fact that I allowed my voice to be used back to back in ways that were not protective of it when my voice means too much."

West also argued that Trump is a "sensitive soul," and said many other celebrities respect the sitting president are too concerned with public opinion to openly support him. "I felt that I knew people who voted for Trump that were celebrities that were scared to say that they liked him," he said. "But they told me, and I liked him, and I'm not scared to say what I like. Let me come over here and get in this fight with you." Needless to say, he also revealed he's not a fan of cancel culture.

The rapper also spoke on suicidal thoughts, quoting comedian Louis C.K.'s words: "I flip through the manual. I weigh all the options," and revealed he worked with many different writers to compile his verses, also confirming Drake wrote the inimitably catchy hook for "Yikes."