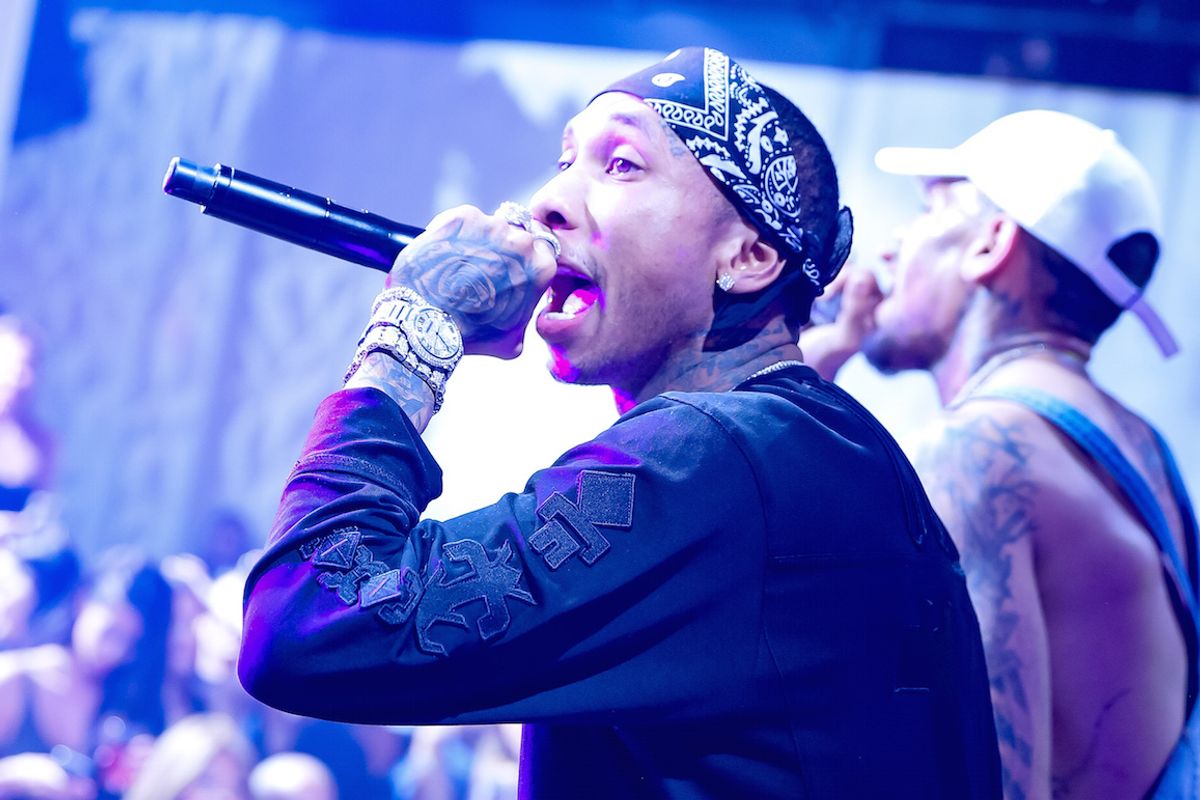 Kanye West Has Signed Tyga To His GOOD Music Label

Mr. West sees the gold-tinged potential in Micheal Ray Stevenson (aka TYGA), after singing him to his GOOD Music label--all in the family!

At his concert in New York City last night, Yeezy proclaimed the news to his audience...

...bringing 'T" out on stage to perform with him and fellow GOOD resident, Desiigner.

Since said-signage was announced, a video of Tyga from 2012, from a long-dead MTV rap competition show called Bustas, has been circulating on Twitter...

Tyga explains he's actually from The Valley...not Compton, as previously believed; the video also features him playing a game called "Name That Grill..."