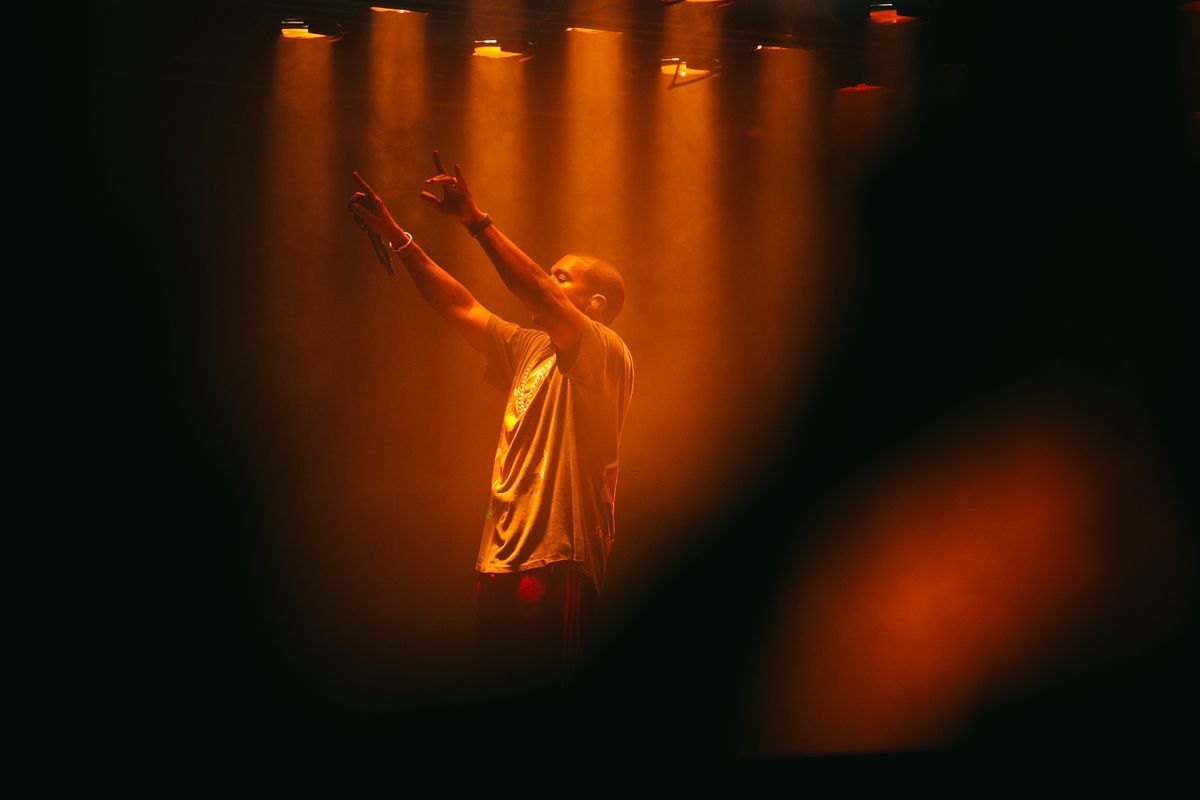 Following the release of his 8th studio album, ye, last week, Kanye West has just announced three "Project Wyoming" events occurring over the next two days. According to his website, the events will take place in Chicago and Miami today, and Brooklyn tomorrow.

There is little information about what will happen at the events, but accompanying the announcement on West's website is video footage from the streaming party he held for 400 people in Jackson Hole, Wyoming last Thursday. Snippets include Chris Rock's speech, majestic shots of horses, mountains, and bonfires, and clips of Kanye West singing along to his music.

Pitchfork points out that Julieanna Goddard, who runs 1am, the agency that is organizing the Project Wyoming events, has tweeted saying, "Ye wants people to experience the album the same way the 400 people in Wyoming did. Open air, around a fire, with stadium quality sound." Goddard went on to write that the events are, "merch pop up bonfires."

West is also dropping another album, a collaborative effort with Kid Cudi called Kids See Ghosts, this Friday. He is hosting a listening party for that album this Thursday in LA.

RSVP for the events in Chicago and Miami here.