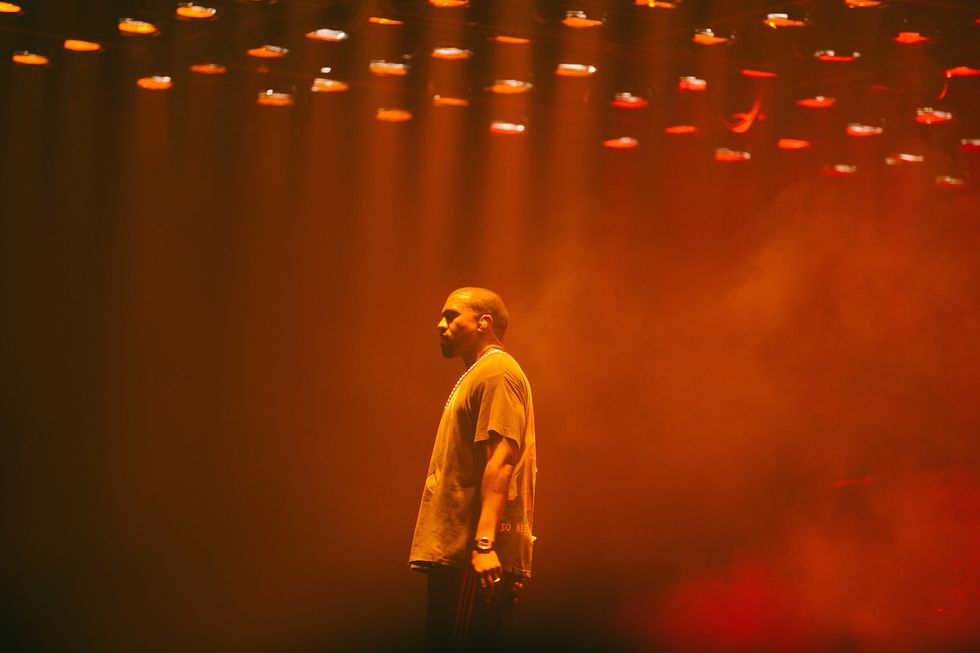 In the wake of Sunday night's horrific armed robbery of his wife Kim Kardashian in Paris, Kanye West has cancelled the Philadelphia and Detroit concerts of his Saint Pablo tour this week to be with her and their two children. Kim returned to New York yesterday, where the West family is currently based up.

So far, the Philadelphia show has been moved to December 13. Live Nation, who is putting on the tour, has released a statement on behalf of Ye:

Due to family concerns, this week's Philadelphia and Detroit dates on the Saint Pablo Tour have been rescheduled.

On Sunday night, Kanye abruptly left the stage of his headlining Meadows Music and Arts Festival performance, citing a "family emergency," which we now understand was in regards to the incident. Hopefully their family is recovering from this terrible situation.