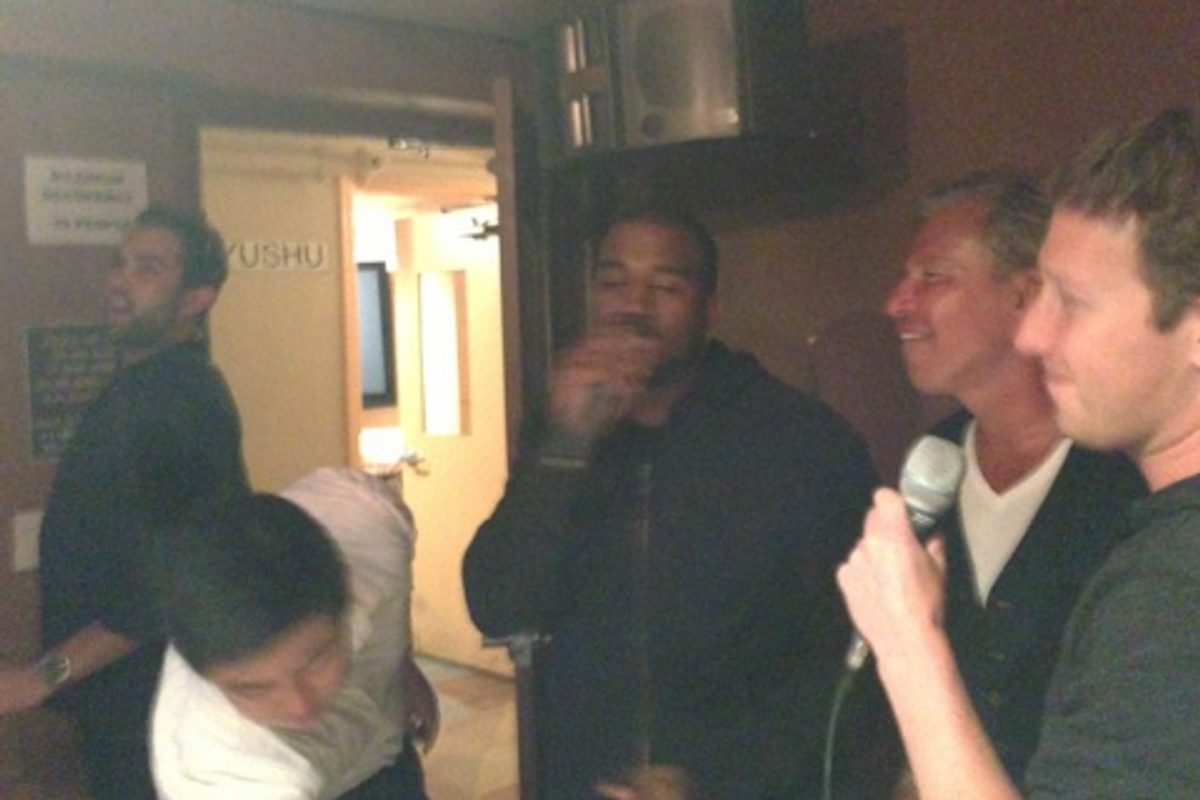 I am reluctant to type these words, but they are true: Kanye went to a San Francisco karaoke bar with Mark Zuckerberg. And posted about it on Twitter just hours after the New York Times published yet more proof that Facebook had full knowledge of, yet did little to stop, the viral propaganda that proliferated on its platform in the lead up to recent elections around the world.

According to Kanye, they sang some Backstreet Boys:

After spending the past year or so wearing a MAGA hat in public, Kanye recently promised he would stay away from making political statements. Maybe this doesn't quite count, but it's close. Does he really think Mark Zuckerberg is the right person to be singing nostalgic pop songs with right now? For what it's worth, Kim Kardashian says her husband's views are frequently misunderstood, because he is a "bad communicator."

"I Want It That Way" was released in 1999, a really good and fun year in which people didn't have to deal with any of this.