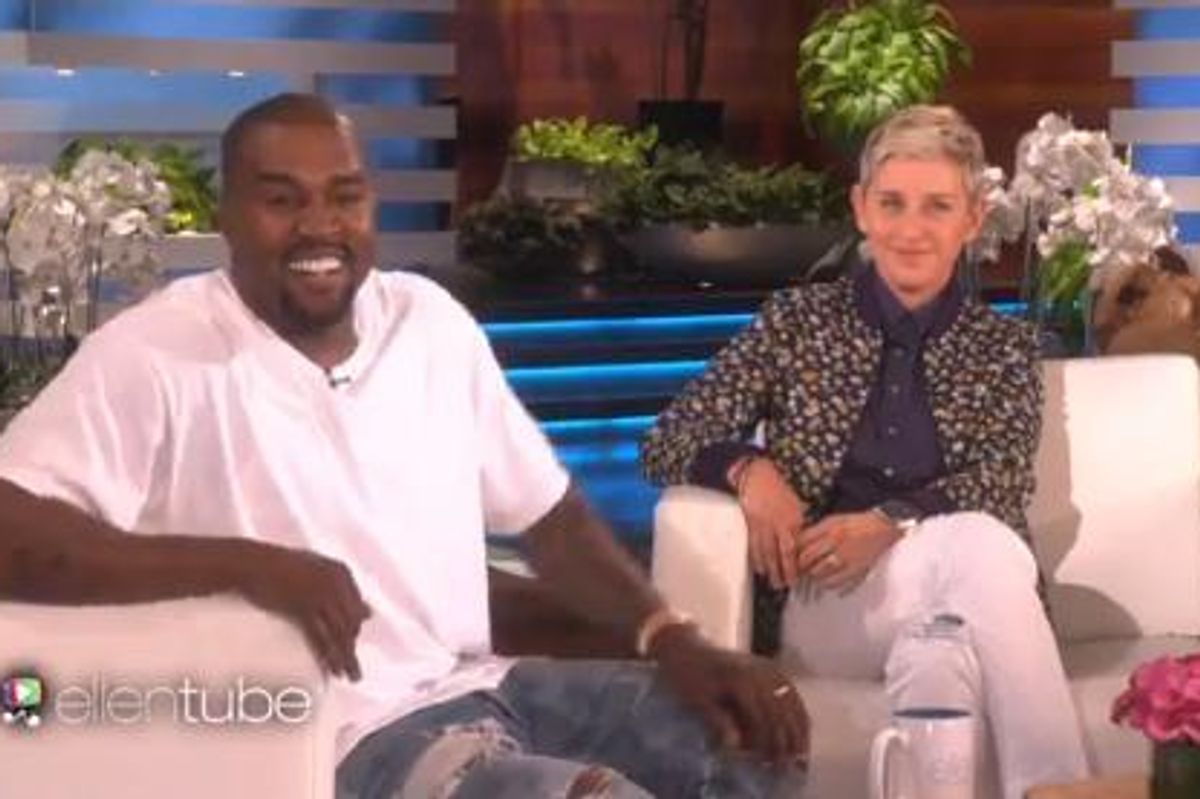 Kanye Shakes Up Daytime TV With His Ellen Show Appearance

Kanye West descended from his tropospheric dimension for an appearance on the Ellen Show yesterday, and blessed be to all, it was nothing short of magical.

The rapper was ear-to-ear smiles when Ellen pressed him about his 5-month old son, Saint, and gloriously aloof when the host reminded him that she and her wife Portia (possibly) assisted in the naming of Saint, after offering some suggestions via text.

"Don't you remember that?" Ellen asked.

Ellen asked 'Ye about his legendary (and infamous) tweet rampages, mentioning that his wife, Kim, maintains that there should be a board of people who approve the rapper's messages before they're broadcasted to the world.

Asking him if he's regretted anything he's ever tweeted, Kanye simply said, "Nope!" adding, "What's the point of thinking?"

He did, however, agree that his plea to Mark Zuckerberg for $53 million should have gone on Facebook.

"I have ideas that can make the human race's existence--in our 100 years--better! Period!"

Kanye then proceeded to shout "Ye is in the building! Throw your motherfucking hands up!" while the chorus of white women audience members cheered and cheered.

He then gave a heartfelt speech about the media's perception of him, stating, "My father was in a homeless shelter less than 5 years ago--he was a psyche major. My mother was the first black chair of the English department at Chicago State University; I was raised to do something, to make a difference."

Before launching into a lyrical monologue, citing Phife Dawg and classic hip-hop, Picasso, Steve Jobs, Walt Disney...and a bunch of other stuff.

It wasn't all serious; Kanye ended it by playing a game with Ms. DeG...