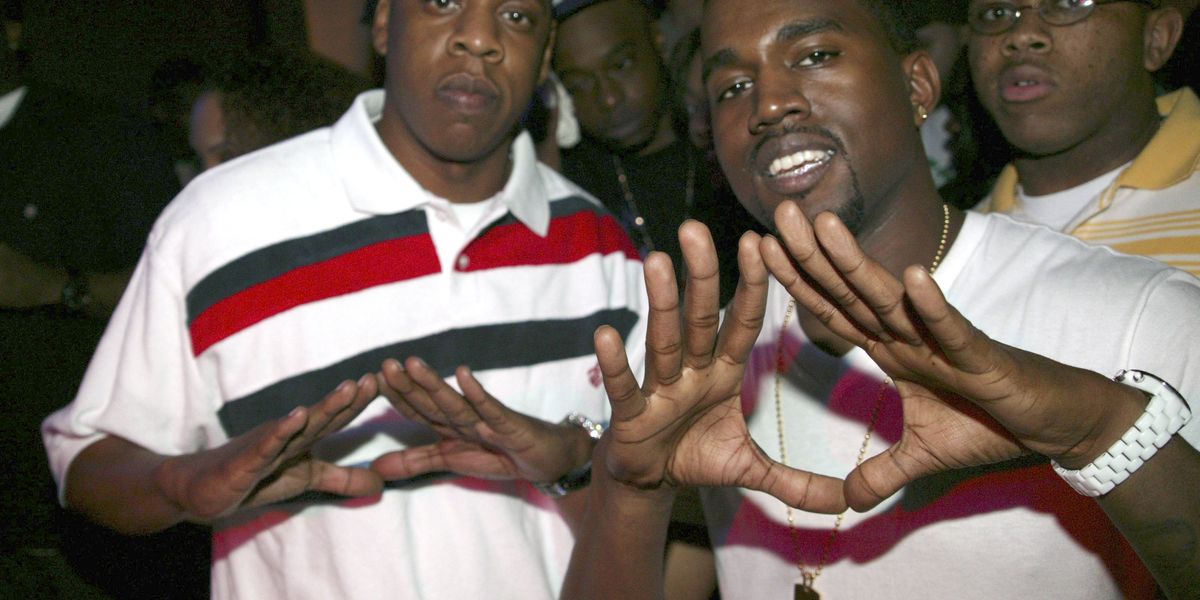 Kanye and Jay-Z Are Okay, Okay?

Everybody simmer down, because we can finally breathe again. The artists dominating the royal court of rap, Kanye West and Jay-Z, are totally fine... ish. Actually, we'll apparently find out for sure when all is resolved, according to the Jay-Z episode of David Letterman's My Next Guest Needs No Introduction. "Are we friends or are we not friends?" Letterman says, in a newly released preview.

"That's my brother," Jay-Z answers. "We're beyond friends. Like literally, my little brother is Kanye. And like your little brother, things happen sometimes. Before adding, "The thing I respect about him is that he is the same person. Like he interrupted our studio session and stood on the table and started rapping," Jay-Z continued, sharing the story of one of their first meetings, "and we were like, 'could you please get down?' And he was like, 'no, I am the Savior of Chicago.' He ain't even have a record."

You might remember how West came for Bey and Jay-Z before his mental breakdown on the 2016 Saint Pablo tour, claiming the couple wasn't interested in bringing their children altogether, and rumors Beyoncé went to lengths to ensure she took home the 2016 Video of the Year VMA over West.

"Beyoncé – I was hurt because I heard that you said you wouldn't perform unless you won Video of the Year over me and over 'Hotline Bling' [at the VMAs]," Kanye said in an onstage rant. "We are all great people. We are all equal. But sometimes we be playing the politics too much and forget who we are just to win. Fuck winning, fuck looking cool. Fuck looking cool. Fuck being cool. Fuck all that, bruh. I've been sent here to give y'all my truth even at the risk of my own life, my own success, my own career."

There were also reports that Jay-Z loaned West a significant among of money, $20 million in fact, but for what remains unclear. On 4:44 he rapped, "You gave him 20 million without blinkin'/ He gave you 20 minutes on stage, fuck was he thinkin'?"

Check out the preview, below.