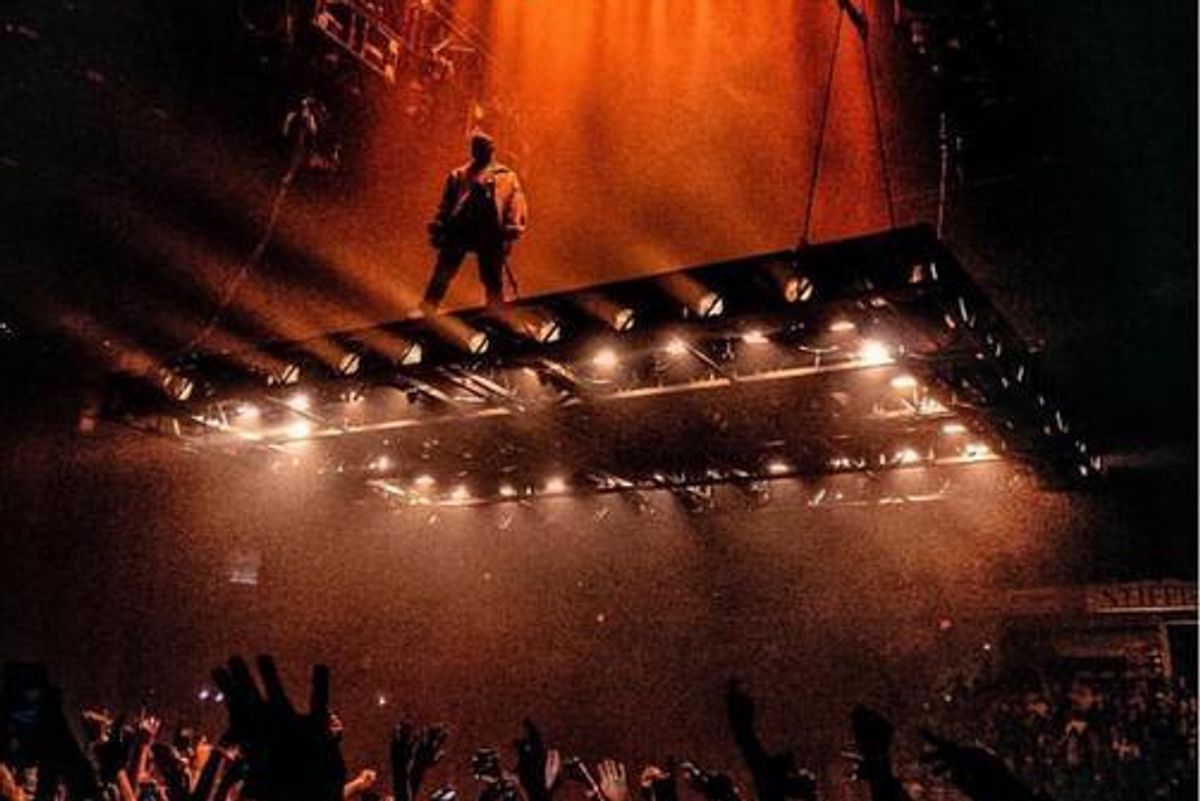 On the inaugural night of his US stint of his Saint Pablo world tour, Mr. Yeezy treated the Bankers Life Fieldhouse in Indianapolis to a levitating stage.

'Ye stomped around on a light-strewn platform suspended from the ceiling, hovering above his adoring fans; it looks like the chicest Close Encounter of the Third Kind.

The footage of said floating stage was, of course, mind-boggling:

"All Day" never looked so good.

THAT is some straight up Prophet Ezekiel sh*t.

Down on the mortal floor, the crowds were rowdy, to say the least.

Chances of Kanye bringing his floating stage during his four minute surprise at the VMAs on Sunday?