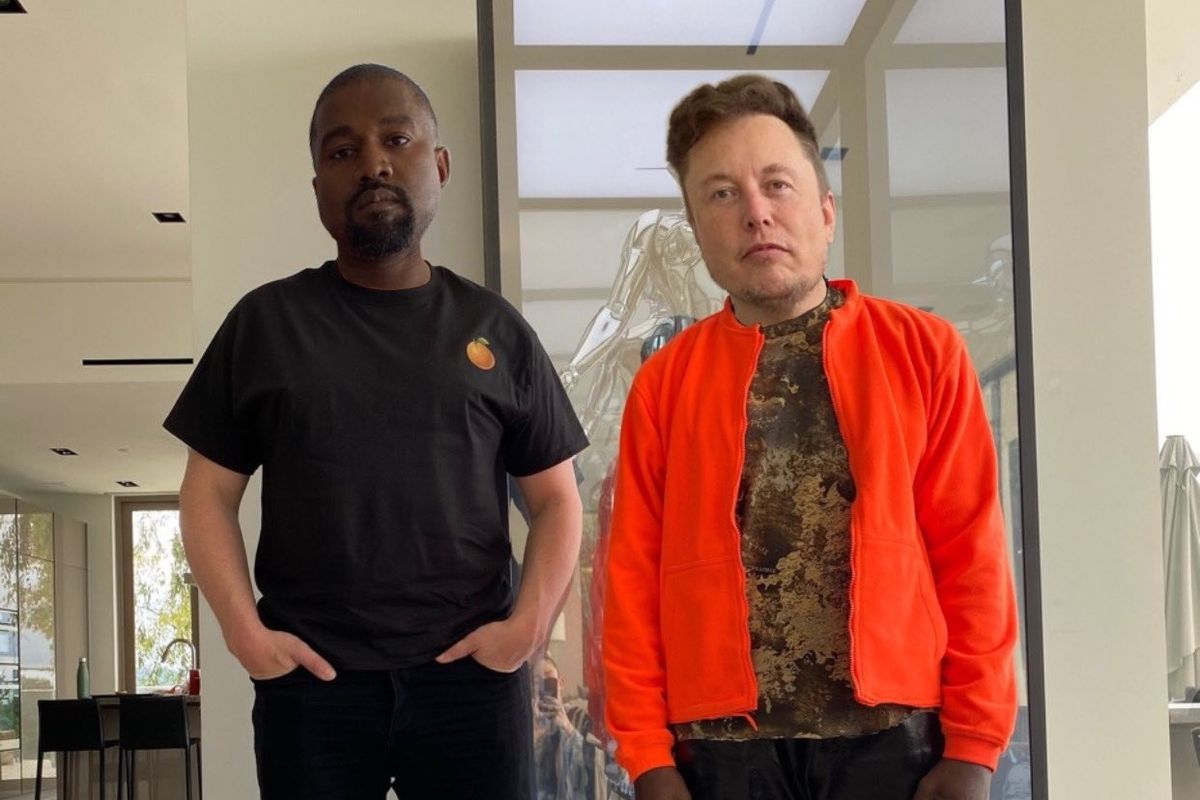 Twitter Vows to Save Grimes From Photographing Elon and Kanye

From the announcement of their son's name to their iconic 2018 Met Gala debut as a couple, practically everything Grimes and Elon Musk are seen doing becomes an effective meme template. Even individually, as Grimes puts her soul on the market and Musk smokes a blunt in public, they almost make it too easy to be memed.

This week, the internet continues to break since the SpaceX founder's fellow highly memed pal Kanye West tweeted a photo of the two on July 1. His caption reads, "When you go to your boys house and you're both wearing orange," as if Twitter users could relate to non-mask-wearing and twinning hangouts with billionaires:

West has since shared a meme made from the photo, that depicts his and Musk's heads Photoshopped onto each other's bodies:

Naturally, West's reply thread has become a masterpiece. Some users suggested a potential Musk-West collab, whether in music or space, while others went a more classic route for their memes:

Twitter began to wonder who had snapped the shot, until they zoomed in a little closer. Fans noticed Grimes's reflection in the mirror behind the dynamic duo, seen directly between the two subjects:

This led to a ton of Tweets vowing to save the synth-pop musician from her boring relationship duties, such as having to crouch to get a good angle for her boyfriend and his bro:

Others shared ideas for content they'd much rather see, such as a solo mirror selfie from Grimes that would require Musk and West to move out of the way:

When/if Grimes decides to share the mirror selfie of her followers' dreams, we're almost certain it will somehow be memed. (Never forget her fateful beauty routine).