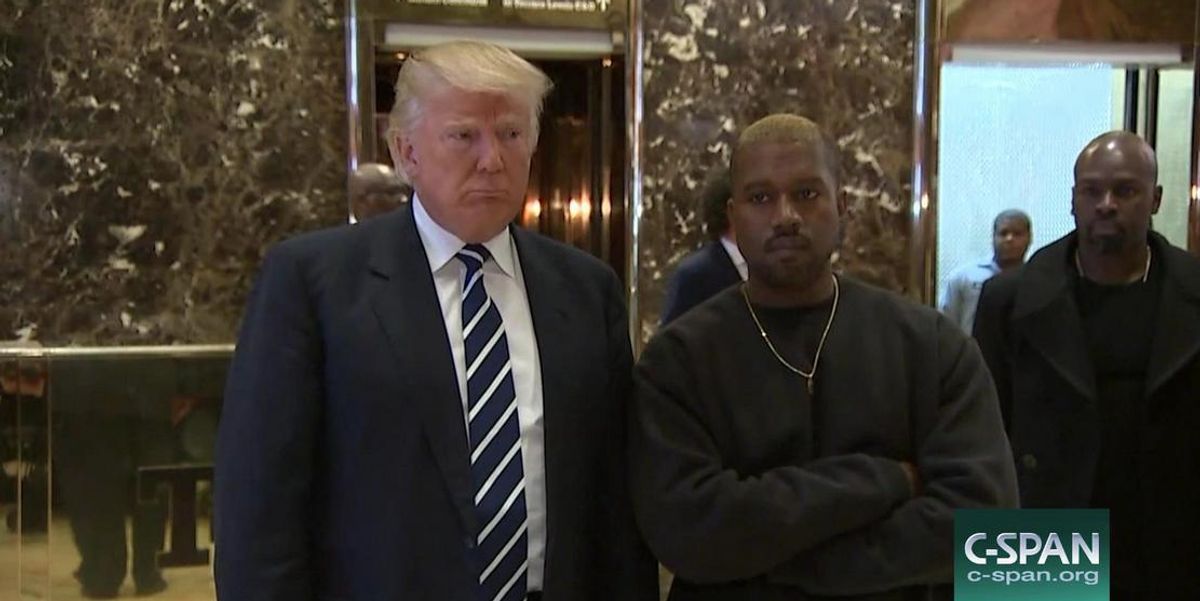 UPDATE UPDATE: Kanye West continues to troll us all.

UPDATE: Kanye West has defended his meeting with Donald Trump this morning on Twitter:

I feel it is important to have a direct line of communication with our future President if we truly want change.
— KANYE WEST (@kanyewest) December 13, 2016

Then added with a cryptic allusion to a potential Kanye for President run...in 2024:

I feel it is important to have a direct line of communication with our future President if we truly want change.
— KANYE WEST (@kanyewest) December 13, 2016

Without many words, Kanye West--who recently resurfaced into the public eye following hospitalization for a mental health crisis--is currently at Trump Tower in Manhattan, meeting with the 45th President, for some fucking reason.

He arrived with an entourage, and camera crew, in the last year (hair still blonde!):

Zero theories I want to speculate on, but if Kanye is performing at the inauguration...artistic outreach?...

Unclear, but the most probable theory is that this is yet another stunt Trump is pulling to distract us from literally every fucking thing he's doing/about to do.

The two are holding a press conference:


After their meeting at Trump Tower, Pres.-elect Trump says West is visiting as a friend and they discussed "life." pic.twitter.com/x7IuO8a3SR
— NBC Nightly News (@NBCNightlyNews) December 13, 2016