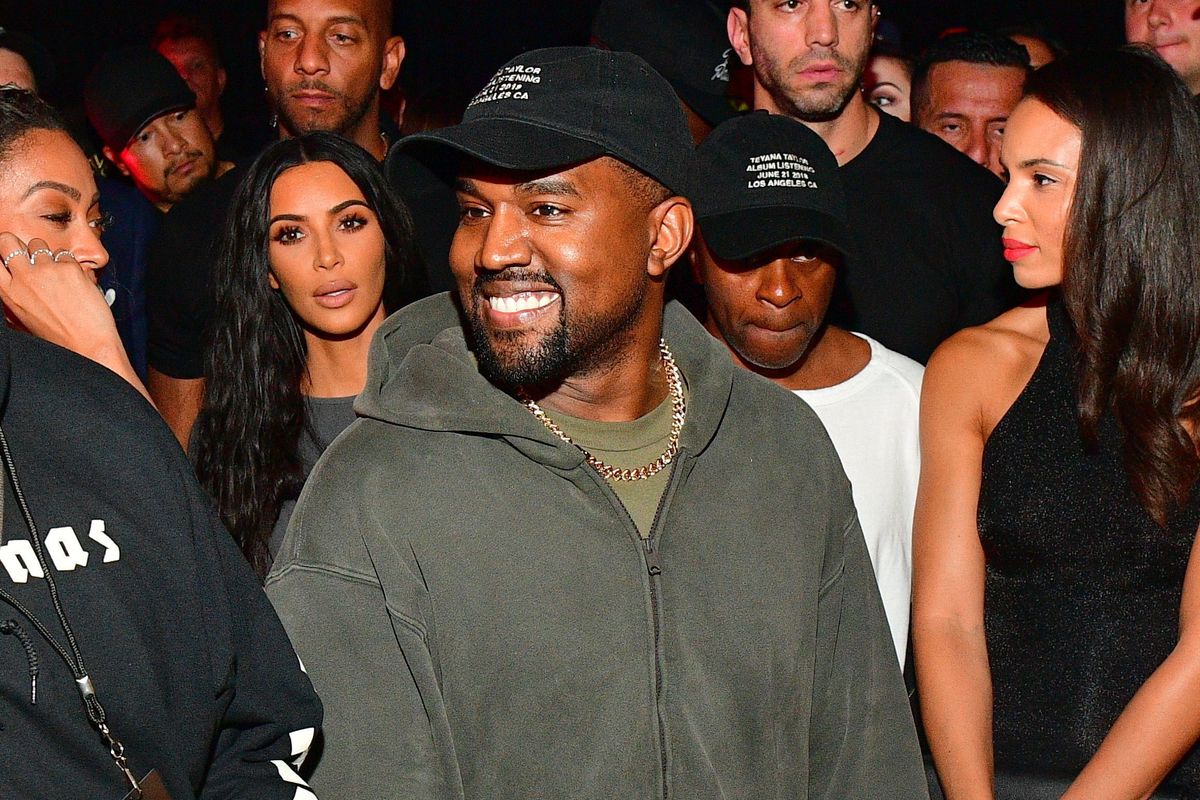 Ten days ago, Kanye West arrived at 2 Chainz's wedding at the Versace Mansion in Miami, wearing a mint-colored Louis Vuitton suit and Yeezy slides — which seemed about two sizes too small. West's look screamed 2018 Miami Vice (the suit was worn sans shirt). He looked great! But the sandal situation was very amusing.

In response, the fashion detectives behind wildly popular Instagram account Diet Prada released a t-shirt clowning the rapper's choice of footwear. And he loves it! He tweeted about the shirt this morning, using several effusive emojis.

Get your own here.