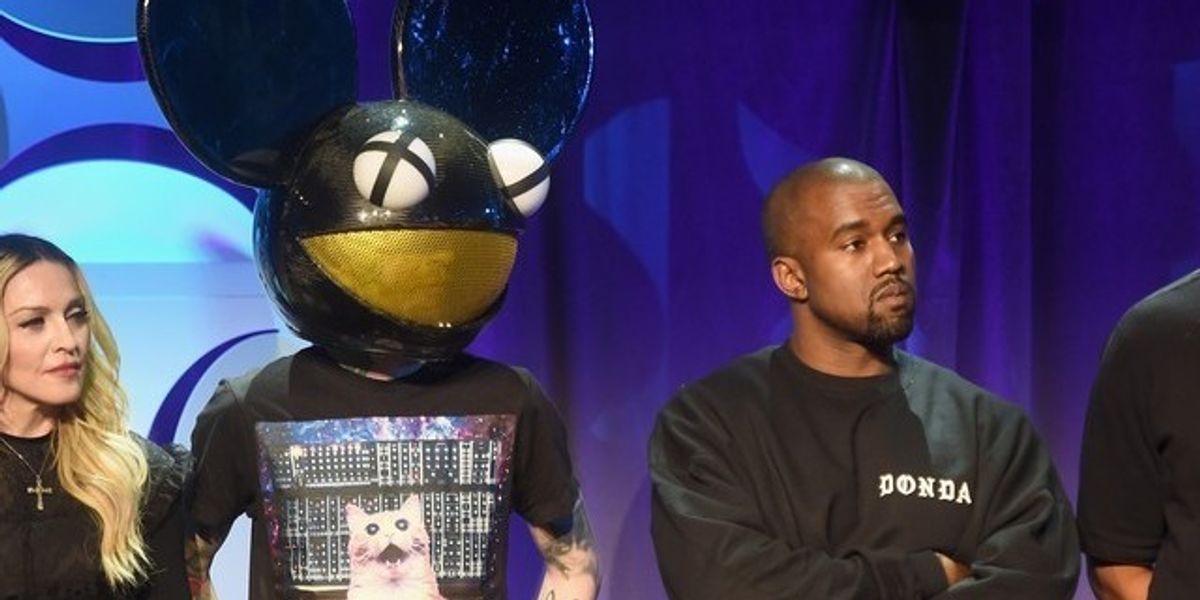 Kanye's recent Sufjan Stevens Twitter plug garnered a flurry of questions, some regarding his already-in-the-process next album, and some for his visible Internet tabs.

Producer and fellow TIDAL resident, DeadMau5--the literal manifestation of every Tinder bro who mentions that they like "EDM" in their profile...

He insinuated that Ye's recent admissions of debt (in the $53 million range) had him resorting to piracy.

Unfortunately, the rodent-head wearing DJ forgot he was calling out Kanye West.

And then this happened.

DEAD MOW FIVE!!!!!!!! THANK YOU FOR VALIDATING MY MISPRONUNCIATION, YE!

You thought he was done?