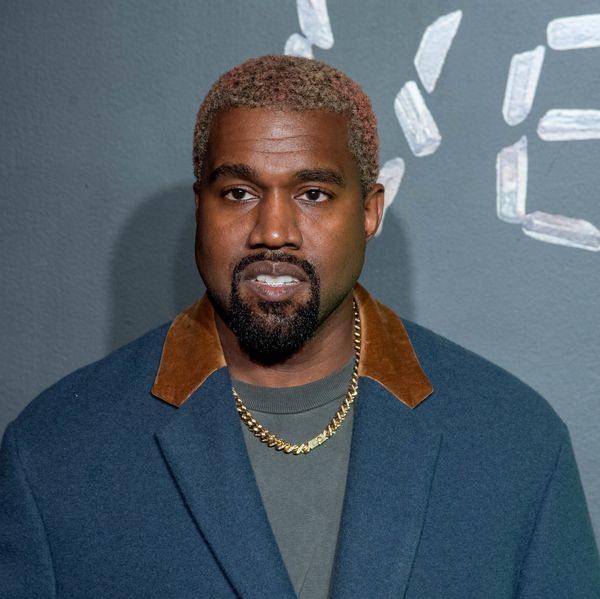 Lately, the elusive Kanye West seems to only come out of the woodwork for explosive, viral interviews. His latest, an appearance on David Letterman's new Netflix show My Next Guest Needs No Introduction, which debuts on Netflix on Friday, seems it'll be no exception.

First, there's the good and adorable. Kanye brings Dave into his studio (or possibly, his personal closet?) to outfit the Santa Claus-esque 72-year-old comedian in his dystopia-curious fashions from the latest Yeezy season. "It's like when I used to work at the Gap, bro," he remarks, as he holds out sweatshirts for Dave to try on.

Related | What Happened Between Drake and Kanye Last Night?

Dave looks genuinely very dashing in his brown trench, tailored pants and black work boots, which he gushes about: "This is stuff, even if I was not doing this, and if somebody could drive me to the mall, I'd buy this." High praise.

Kim and Kris agree, after Kanye escorts Dave into the dining room for a quick fashion show (our latest glimpse into Kimye's curious hyper-minimalist home). However, Kim seems concerned that Kanye is being overly generous: "Are you gonna let him have it?" Dave assures her the show will pay for it.

It's a cute bit. The episode gets less charming when Dave brings up the elephant in the room: the MAGA hat.

The rapper says, via Pitchfork, that he has "people that I work with — black, female, all different types of people — that love Trump, voted for Trump, scared for life to tell anyone." He disagrees when Dave suggests that the people Trump threatens, are far more frightened than Trump voters, saying the later category are treated as "enemies of America."

"The idea is the bullying," Kanye says. "Well, definitely liberals bully people who are Trump supporters. It's not just calm. You can't just go and wear the hat. It's like, 'Fuck you! Fuck you!' It's like bro, I have. In America, we have rights and we have rights to open the conversation."

Dave also questions Kanye about his views on #MeToo, in response to which, Kanye expresses great concern for men.

"I'm definitely supportive of the women," Kanye says. "What I'm saying is we're not allowed to have any conversation. When you go to court, both sides can talk. This is a court of public opinion where when someone bombs first, the war is supposedly over."

Also up for discussion on the full episode are Kanye's love for James Turrell and Andy Kaufman, stigmas around mental health, his habit of free-styling for the kids at bedtime, his diet, and the Drake beef. The episode ends with a performance of "Ghost Town." Tune in on Friday for more soundbite treats.

Ellen Degeneres, Tiffany Haddish, Lewis Hamilton and Melinda Gates also have My Next Guest Needs No Introduction episodes coming out.