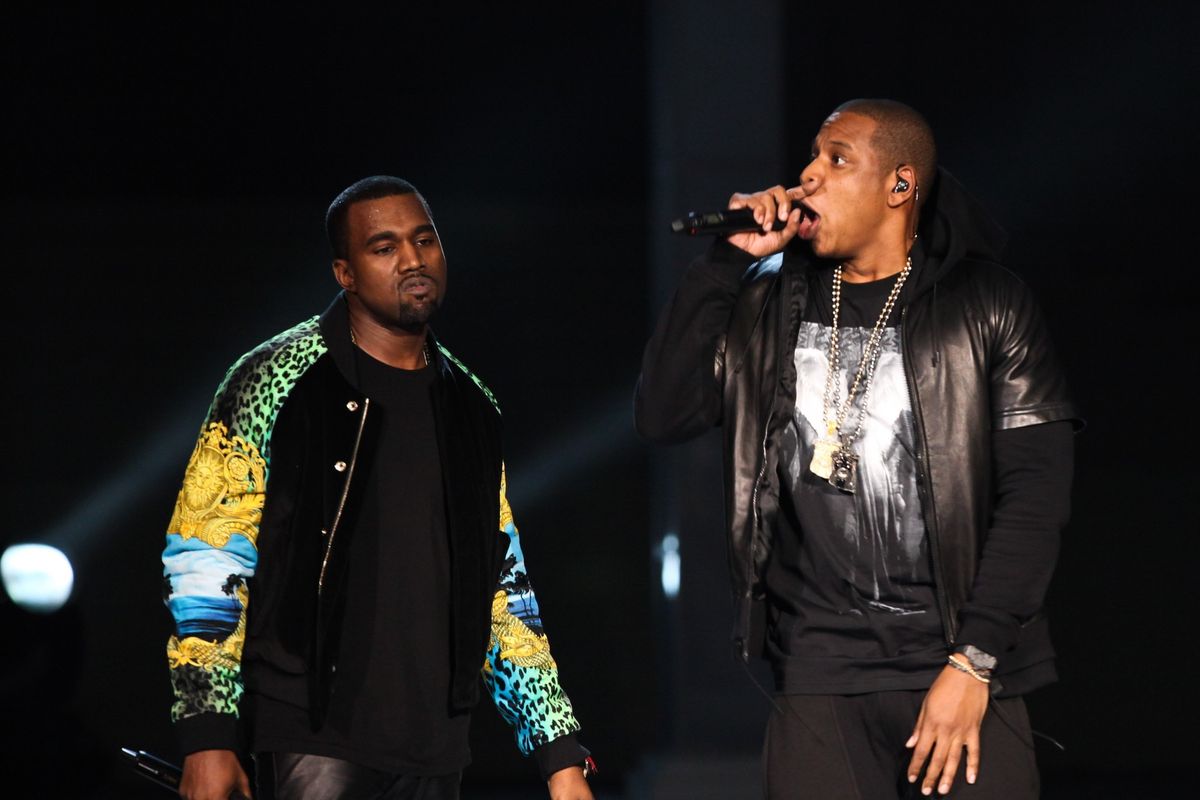 Kanye West Confirms His Falling Out With Jay Z

There will never be a Watch The Throne 2

At his Saint Pablo tour stop in Seattle, Kanye West needed to get a couple things off of his chest about his relationship with his former bestie, Jay Z. In the middle of his performance of "Pop Style," his track with Drake and Jay-Z from VIEWS, Kanye launched into the story of the making of the track, saying, "You didn't get what you were supposed to get because of some TIDAL-Apple bullshit." Apparently Kanye and Jay-Z both freestyled on the track, but Jay wanted to pull out out of respect for Meek Mill (who has had a longstanding, insanely complicated beef with Drake for years). Kanye tried to play peacemaker, but "then it went into some political shit about percentages on songs." Hova's contribution to "Pop Style" was reduced to a measly two bars, and then ultimately removed from the official release. Ye continued, "I can't take this shit, bro," saying "there will never be a Watch the Throne 2."

Perhaps the biggest bombshell of the evening? Kanye revealed that their kids haven't even played together. Blue Ivy and North West, the two most powerful children on earth, are not friends either. Damn.

Apparently Kanye also skipped his performance of his Watch The Throne mega hit, "Ni**as in Paris" at the Seattle show. : (

Watch the concert footage below...