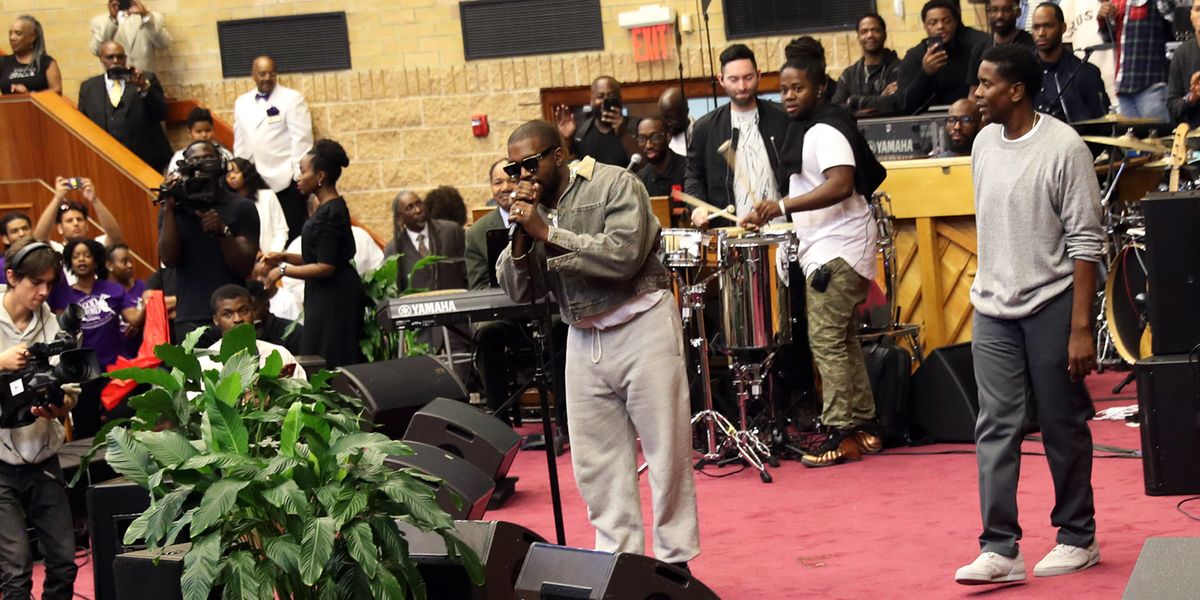 By now we should all know better than to take Kanye West at his word, but for what it's worth, the musician has reportedly announced he's done with non-secular music and will only release gospel albums from now on — starting with his yet-to-be-released LP Jesus Is King.

West played Jesus Is King and an accompanying documentary film of the same name during private listening sessions in Detroit, Chicago, and Queens over the weekend. Hip hop writer Andrew Barber attended the Chicago event and tweeted that Kanye told the audience he'd only be making gospel "from here on out." Barber also said the Jesus Is King beats "sounded fire" and that West had retained the sounds of his previous albums, just with a "gospel spin."

Kanye also announced that he is no longer making secular music. Only Gospel from here on out.
— Andrew Barber (@Andrew Barber)1569730026.0

Fans won't be too surprised that West is sticking to a spiritual path. He has been touring his church-like "Sunday Service" around the country since debuting the gospel-driven performance at last year's Coachella. He also recently moved to a $14 million ranch in Wyoming, presumably fed up with godless Calabasas.

More info: according to a press release received by the New York Post, the Jesus Is King documentary will screen in IMAX theaters nationally. It features James Turrell's legendary, never-before-seen Roden Crater artwork in Arizona.

Related | Who Is NF, the Christian Artist Who Nabbed Chance the Rapper's No. 1?

So when, you ask, will Kanye release Jesus Is King and save us all? Your guess is sadly as good as ours. West had previously promised September 27 as the release date, but three days later all we've got are bootleg videos from people who managed to sneak their phones into the listening sessions. The album could drop today, or in six months. At this point, all we can do is pray.