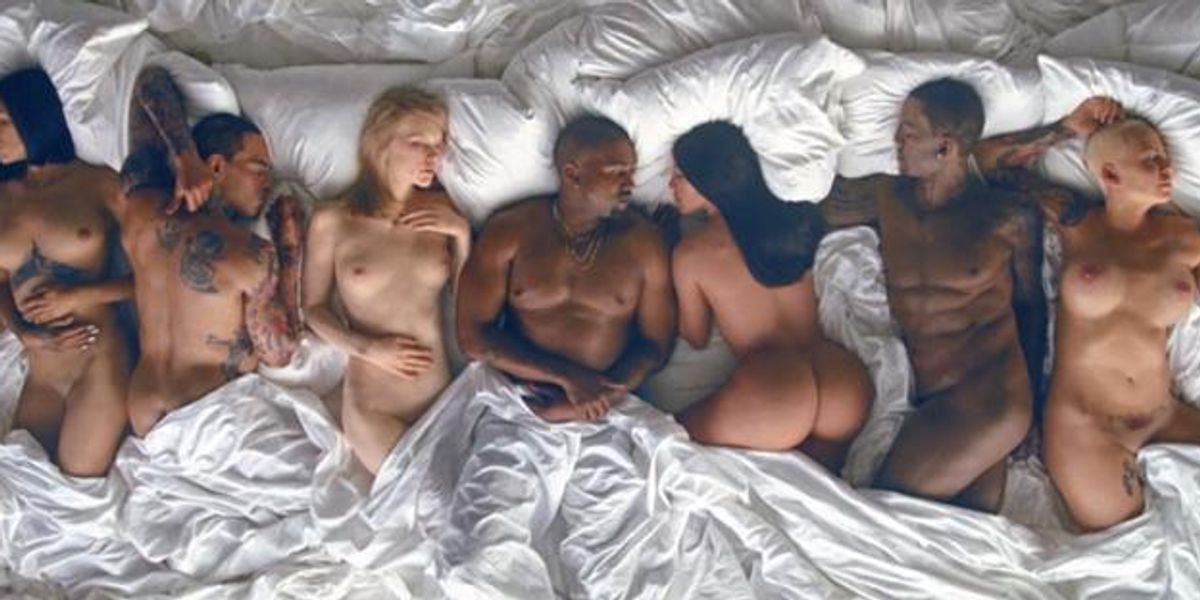 Kanye West has premiered his new video for the Life of Pablo track "Famous," and the ten minute clip is possibly his most genius but terrifying work he's ever given us.

Of course, not all of them were physically in this--their faces were perfectly photoshopped onto these sleeping vessels, eerily comatose as the voyeuristic camera light shines down on them without their knowledge.


The whole thing was based on this 2008 painting by Vincent Desiderio, called "Sleep."

The video ends with Kanye thanking his muses "for being famous."

It's streaming on TIDAL. You can watch it above.