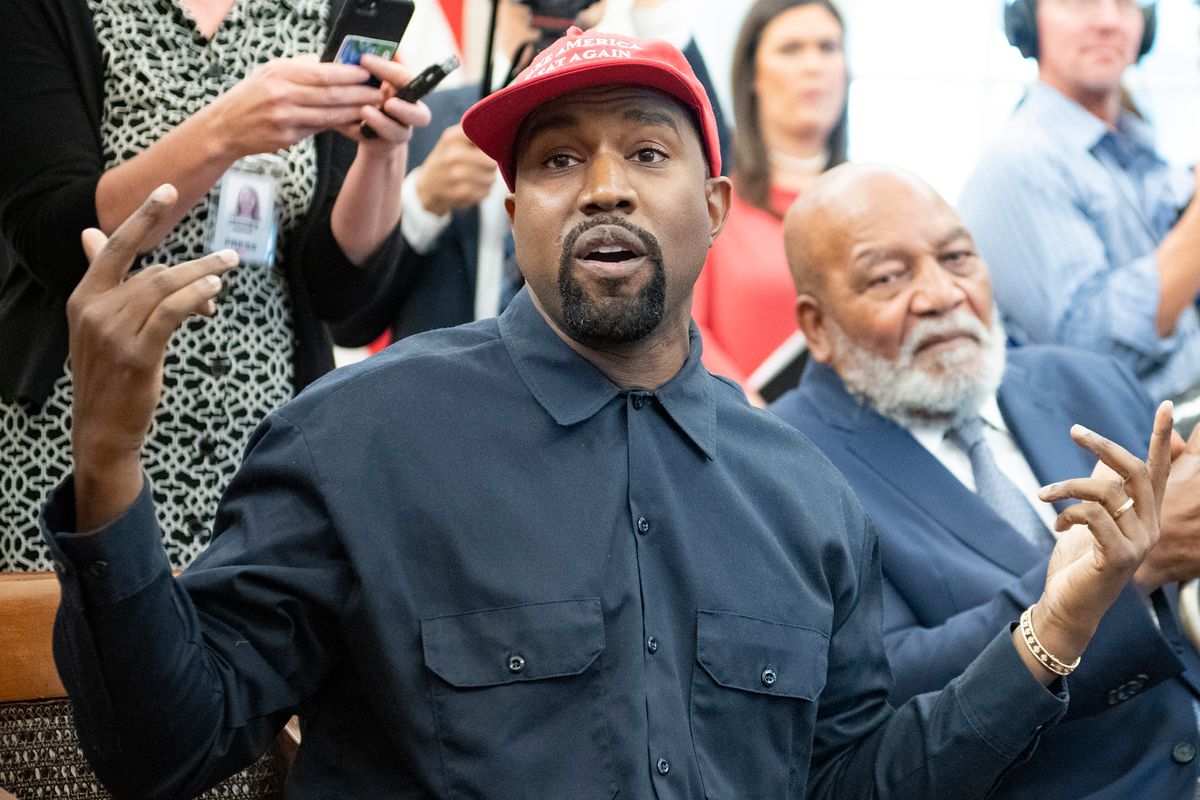 On Saturday, conservative political commentator and Turning Point USA Communications Director Candace Owens distributed "Blexit" shirts at TPUSA's Young Black Leadership Summit. This is part of her "black exit" movement to try and convince black people to leave and withdraw their support for the Democratic Party. And recent reports claim the shirts she handed out at the event were designed by none other than Kanye West.

Some shirts read "BLEXIT" with the letter X in the form of a human being. Another design read, "We Free." "Blexit is a renaissance and I am blessed to say that this logo, these colors, were created by my dear friend and fellow superhero Kanye West," Owens said. And while Ye didn't show up in support of the event in the flesh, Owens said that he was there, supporting "in spirit."

.@KanyeWest designed these “Blexit” t-shirts for @RealCandaceO’s new “Blexit” movement. They were handed out at #YBLS2018 pic.twitter.com/fh4IT6lVut

There somehow seems to be a disconnect, however, as Kanye West recently solidified his support of Democratic Chicago mayoral candidate Amara Enyia with a donation of $73,540.

The Blexit shirts are part of the larger launch of the Blexit online movement. According to Complex, the shirts supposedly designed by Kanye will be making their rounds on tour next year as the Republican-supportive cause sets out to hit up major cities.