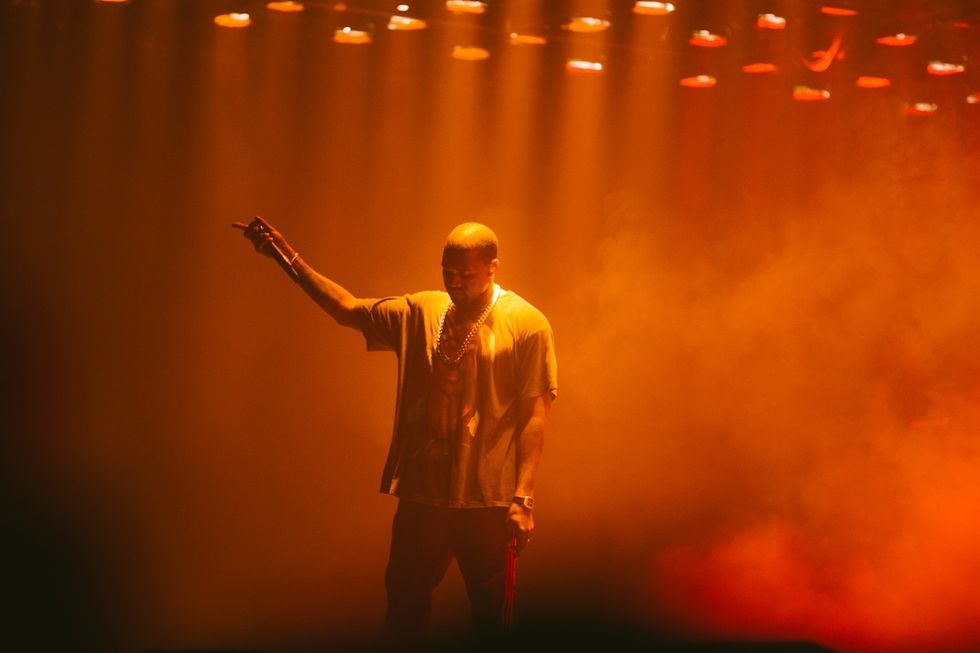 [UPDATE] Kanye West Has Been Released From The Hosptial

[UPDATE] TMZ is reporting that Kanye West has been released from the hospital following a "nervous breakdown" trigger by the anniversary of his mother's death. However, he still apparently needs ongoing psychological and medical treatment.

[UPDATE] TMZ is reporting that Kanye's release date from UCLA Medical Center--originally scheduled for today (Monday)--has been postponed indefinitely. The rapper is apparently not stable enough to be released to his private doctor's care, and will remain under observation; Kim has allegedly been by his side through the week.

[UPDATE UPDATE] According to NBC News, Kanye has been admitted to an LA area hospital and is currently under observation.

[UPDATE] Kanye West, as well as Live Nation, has confirmed to Rolling Stone that he has canceled all remaining dates of his Saint Pablo tour (21 dates, to be exact).

There is no explanation given.

Fresh off swearing theoretical allegiance to President-elect Donald Trump, Kanye West has capped off a strange few days with a "rant and ditch" at his Sacramento, California concert last night--part of his Saint Pablo tour.

West only performed 3 songs, before storming off stage, leaving 13,000 people--many of whom shelved out $250+ for tickets--booing.

The rapper went on a ten minute tirade against technology and social media. He burned Secretary Clinton, by stating, "'MY Tour more relevant than Radio... If you keep following OLD rules.. You will LOSE JUST LIKE HILLARY."

He then brought Beyoncé and Jay Z. He called out Bey, and recounted being told at the VMAs that her video for "Formation" was going to win, over his video for "Famous" and Drake's "Hotline Bling."

"They told me beforehand so I wouldn't run on stage," Kanye said.

Beyoncé, I was hurt. I heard that you said you wouldn't perform unless you won Video of the Year over me and 'Hotline Bling.' But sometimes we be playing the politics too much and forget who we are just to win.

West then added that B and his clandestine nemesis Taylor Swift are "great."

He also brought up Jay Z, who many (including allusions from West himself) have concluded that the two former pals and creative partners are locked in a feud. After stating, "Fuck being cool" Kanye mentioned how he was "sent here to give y'all my truth, even at the risk of my own life."

Kanye concluded with "Jay Z, call me bro. You still ain't call me. Jay Z, I know you got killers, please don't send them at my head."

You can watch full video here:

One bright point was Kanye bringing out Kid Cudi, calling him the "greatest."

Getting LV Ready With Emma Chamberlain in Paris

'Twenties' on BET Proves Everyone Starts From Somewhere

Megan Fox Opens Up About Her Body Dysmorphia Battle