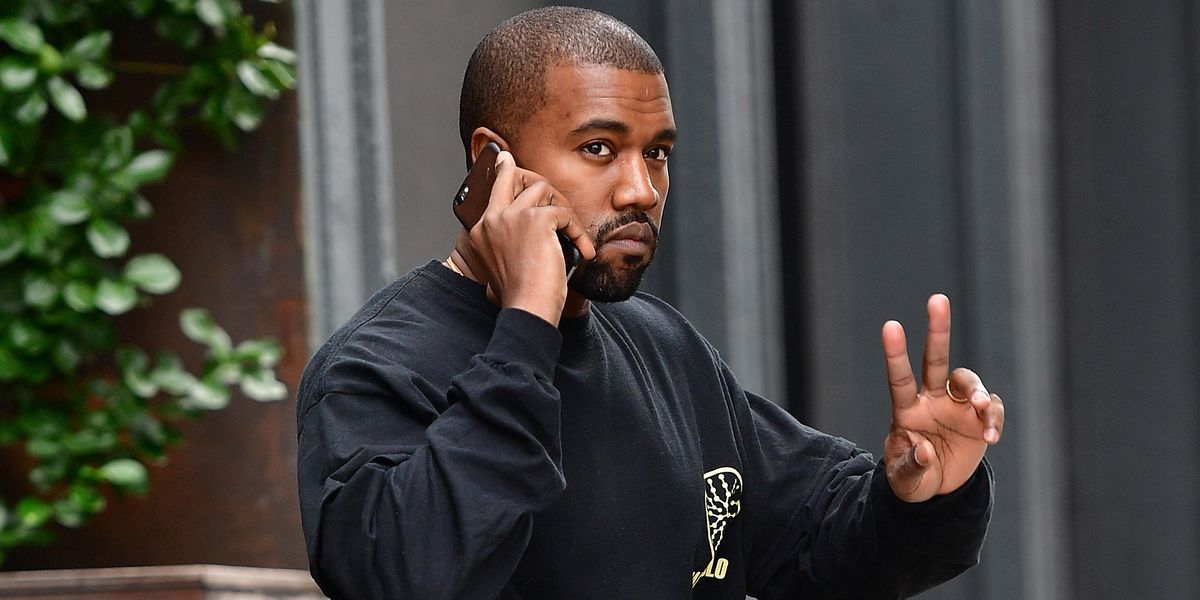 During the Grammys, a tweet went viral. It was a photo of Kanye dining. The caption? "Kanye eating dinner alone in Berlin while all of his contemporaries were at the Grammys is going at the very top of my mood board."

Kanye eating dinner alone in Berlin while all of his contemporaries were at the Grammys is going at the very top of… https://t.co/iy1Q4xJbgM
— Sasha Kalra (@Sasha Kalra)1517238125.0

The person responsible VICE's social media manager, later clarified this photo — run by the Daily Mail — was in fact taken the day before the Grammys (i.e. fake news etc). But there's another, more-pressing question: did Kanye dine alone? TeamKanyeDaily says not, clarifying West was with two members of his cohort, which is plausible, but where are they? Did they both go to the bathroom at the same time? Did they duck out to catch an early screening of Call Me By Your Name and leave Kanye to foot the bill? If Kanye wasn't dining alone why does he appear to be... very alone?

TeamKanyeDaily, who is really doing the lord's work for their boy, then surfaced a photo of Kanye in the same hoodie (plus a beanie), likely on the same day, possibly in the same restaurant with two fans.

With fans at a restaurant in Berlin yesterday. #BeanieYe https://t.co/dazUhAR5ip
— TeamKanyeDaily (@TeamKanyeDaily)1517100281.0

Were these his fellow diners? Was Kanye lonely enough that he invited two fans, a sweet German couple with a proclivity for peace signs, to perhaps join him for a meal? It's possible, because, as it turns out, dining alone is dangerous for your health. That's right, just because you wanted to go full Carrie Bradshaw and perch on a fold-out table on the pavement topped with a glass wine and a plate of carbonara, accompanied by nothing more than a book, some aviators and shawl, doesn't mean you should.

According to TIME, a new study has revealed those who consume meals solo may be at higher risk of heart disease and diabetes. Men who ate alone experienced a 45% increased risk of being obese and a 64% increased risk of having metabolic syndrome (these numbers were significantly lower for women).

Nonetheless eating alone takes bravery and sheer determination, not only because you're looking heart disease and weight-gain dead in the eye and declaring yourself unfazed, but because it takes a lot of guts to weather the judgement of those in the restaurant who assume you are without friends. To Kanye, if he really did consume, digest and pay for a meal by himself, I say: I salute you.