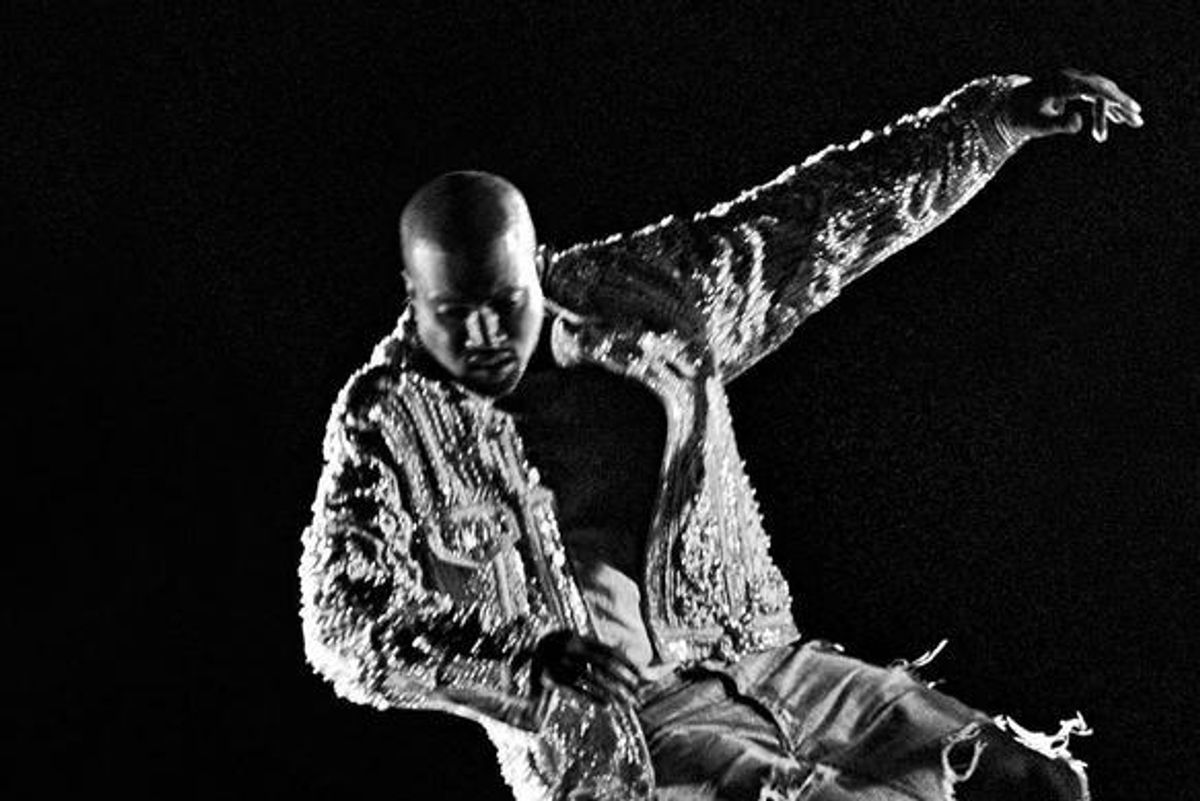 Would not be surprised if Kanye, himself, filmed that Blair Witch moment in the woods behind his and Kim's home one night.

"Babe?" Kim called out from the terrace, holding her arms--Kanye's flashlight moving in circles around the trees.