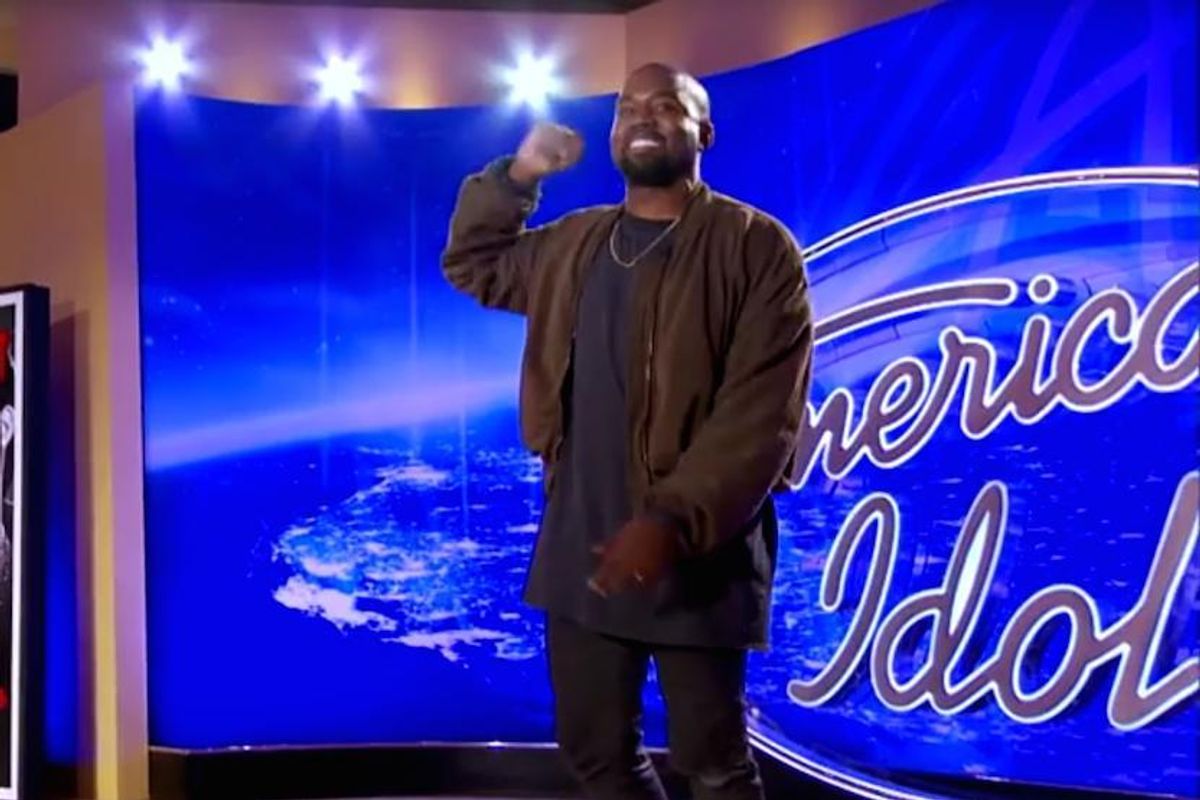 Little-known Chicago rapper and producer Kanye West made his television debut on American Idol last night, demonstrating the mouth magic that he's become known for in his native city.

"I'm originally a producer," Kanye told the judges; "I always wanted to rap, and no one really believed in me."

Accompanied by his wife, rising Southern California business owner Kimberly Kardashian, Kanye seemed confident in front of the trio of established judges; Kardashian relayed her own confidence in her husband's abilities, telling host Ryan Seacrest "I believe in him."

West launched into a catchy freestyle that began with "Cutie the bomb! Met her at a beauty salon."

West even managed to turn the charm on, including judge Jennifer Lopez and her iconic romp in the verse, who seemed to blush at the mention.

His witty spitfire paid off, as Kanye was given the go-ahead for the next round in Hollywood; we expect big things from this guy.