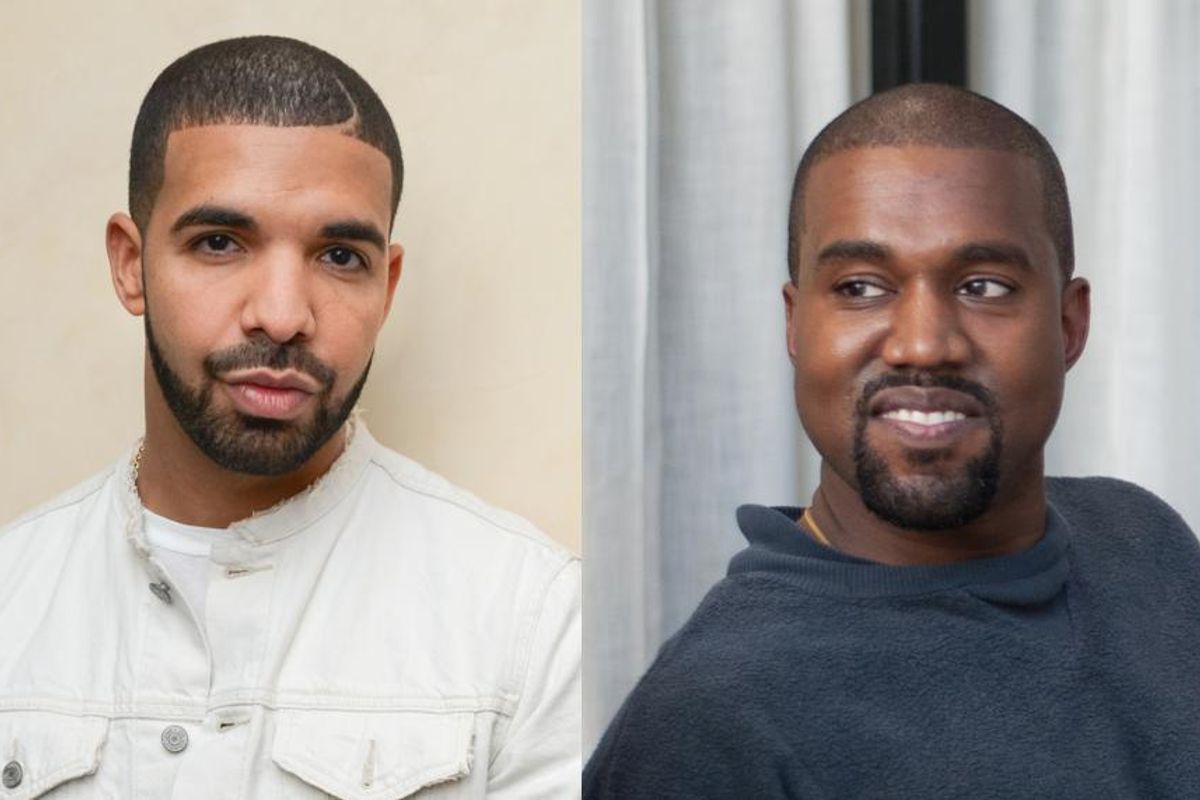 Sometimes, there are artistic collaborations so beautiful, so pure, so cosmically correct that it seems impossible the world could exist without them. Artists so momentous and aligned, creative visions so obviously complementary, that their working together was fated. Queen and David Bowie. Stevie Nicks and Tom Petty. Rob Thomas and Santana.

Last night's close-out of OVO Fest brought news that one of these historic melding of fire talents could be on the horizon. The final set was already a star-studded affair, with Drake joined by Rihanna (who made a surprise appearance on Sunday as well), Future, French Montana, and none other than Yeezus himself.

Then in true Kanye fashion, he went and blew up the spot with a hell of an implication.

While on stage, Kanye turned to ask the worshipful crowd a question: "You ready for this album?" Their cheers indicated that, yes, indeed they were ready. But 'Ye wanted to be sure they knew exactly what he was driving at.

"Stop, stop. I'm not talking about Pablo. I wasn't talking about Views. I want to ask y'all right now, are you ready for THIS album?" He asked, and gestured back to the stage, where Drake had appeared and was waving enthusiastically back at him.

The pair have talked in the past about their desire to work together, with Drizzy telling Zane Lowe in an April interview, "We have a few things that we've worked on. It's all about finding a place for it... We were supposed to do a mixtape together an album together..."

This maybe-mixtape aside, Kanye joined Drake for what was supposed to be their most recent collab, "Pop Style" from Views

We imagine Future is sitting at the end of a dock, glumly kicking his feet in the water and muttering to himself, "So much for Summer Sixteen."