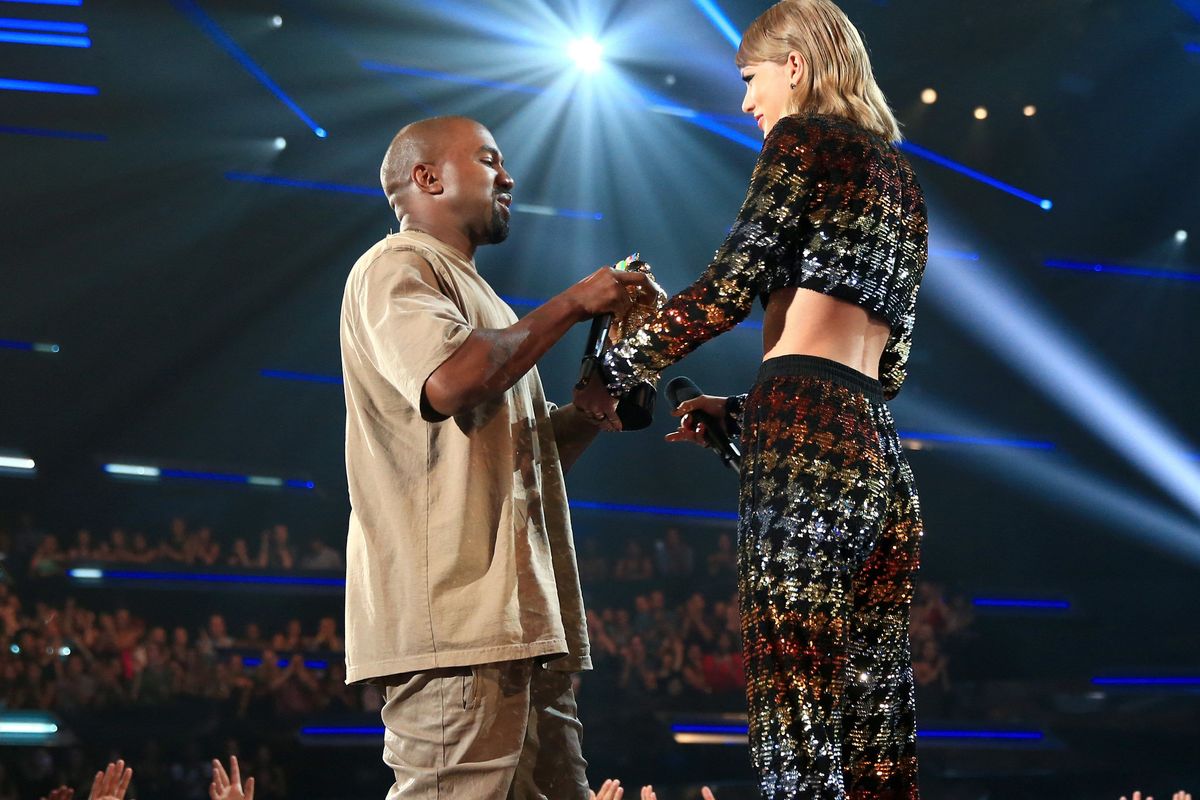 Remember simpler times, when the biggest thing on the news was Kanye West and Taylor Swift feuding? Well, this weekend, we can't help but throw it back to 2016 as new footage has surfaced showing a longer recording of Kanye and T. Swift's phone conversation regarding his controversial single, "Famous."

Back in 2016, Kim Kardashian decided to share Snap videos of her husband calling Tay Tay about his song lyrics for "Famous," asking for her permission by reading the line, "I feel like me and Taylor might still have sex." She says she's cool with it, although it was unclear back then whether she had also approved of the lyric, "I made that bitch famous." This started the hashtag #TaylorSwiftIsOverParty, since Swift previously claimed she didn't give any such consent.

Now, #KanyeWestIsOverParty is trending as more of the video has been leaked.

So, Kanye does tell Taylor about the "famous" line, but doesn't include the word "bitch." And you can hear Swift's tone at this point of the conversation really change. She responds regarding the line, "Well, what am I going to do about it?" She then reminds Kanye, however, that she's already had a great career way before he interrupted her VMA's speech in 2009.

"It's just kind of like, whatever, at this point. But I mean, you've got to tell the story the way that it happened to you and the way that you've experienced it," she told 'Ye during the phone convo. "Like, you honestly didn't know who I was before that. Like, it doesn't matter if I sold 7 million of that album ["Fearless"] before you did that, which is what happened. You didn't know who I was before that. It's fine."

KIM K AND KANYE AND THE MOST DESPICABLE, GROSS AND MANIPULATIVE PEOPLE IN THE INDUSTRY THEY LIED ABOUT TAYLOR SWIFT… https://t.co/qI6ORR9fU1
— 𝓛𝑜𝓋𝑒, 𝒜𝓃𝓊 (@𝓛𝑜𝓋𝑒, 𝒜𝓃𝓊)1584762884.0

Ever since this new video was released by an unknown source online, Swifties have used it to defend Taylor and say that Kimye lied about the whole thing.

Kim, Kanye, and Taylor haven't commented on this update to the saga.