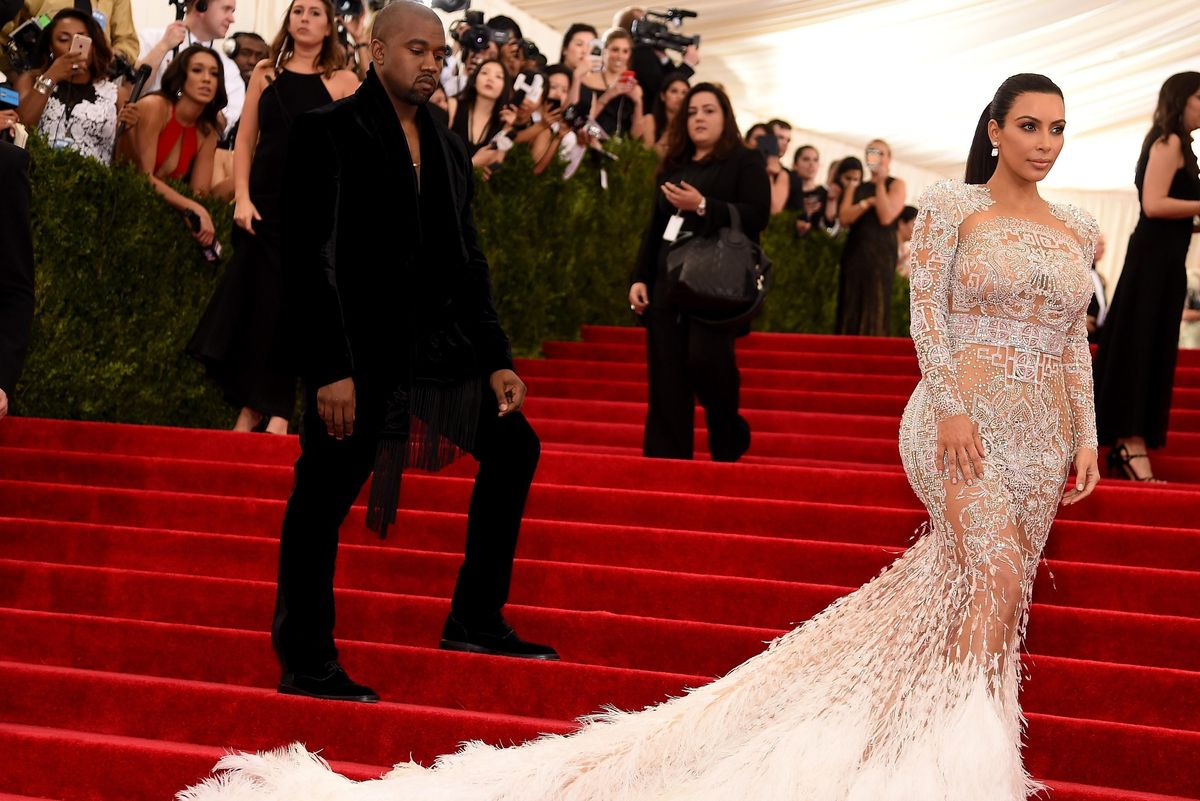 Kanye Will Not Be Attending The Met Gala, Kim Will Fly Solo

Kanye West will be skipping the Met Gala tonight, and Kim will attend solo for the first time.

The couple have been a red carpet mainstay at the event for years, after Ye developed a friendship with Anna Wintour and convinced her to let Kim, a member of the previously-banned Kardashians, attend for the first time in 2013. Since that fateful night, Kimye has blessed us with Met Gala lewks galore, as has the rest of the Kardashian-Jenner clan.

This year will be different though, with Kanye staying in LA with his children while Kim attends the star-studded event in New York alone, save for her security team. Ye has been mostly staying out of the public eye since his hospitalization in November (a month after Kim's traumatic robbery in Paris). We applaud him for prioritizing his mental health over work, and still can't wait to see what Vivienne Westwood creation he selected for Kim.

Below, check out Kimye Met Gala looks of years past, (and our gallery of red carpet nostalgia - the good, the bad, and the iconic - here).