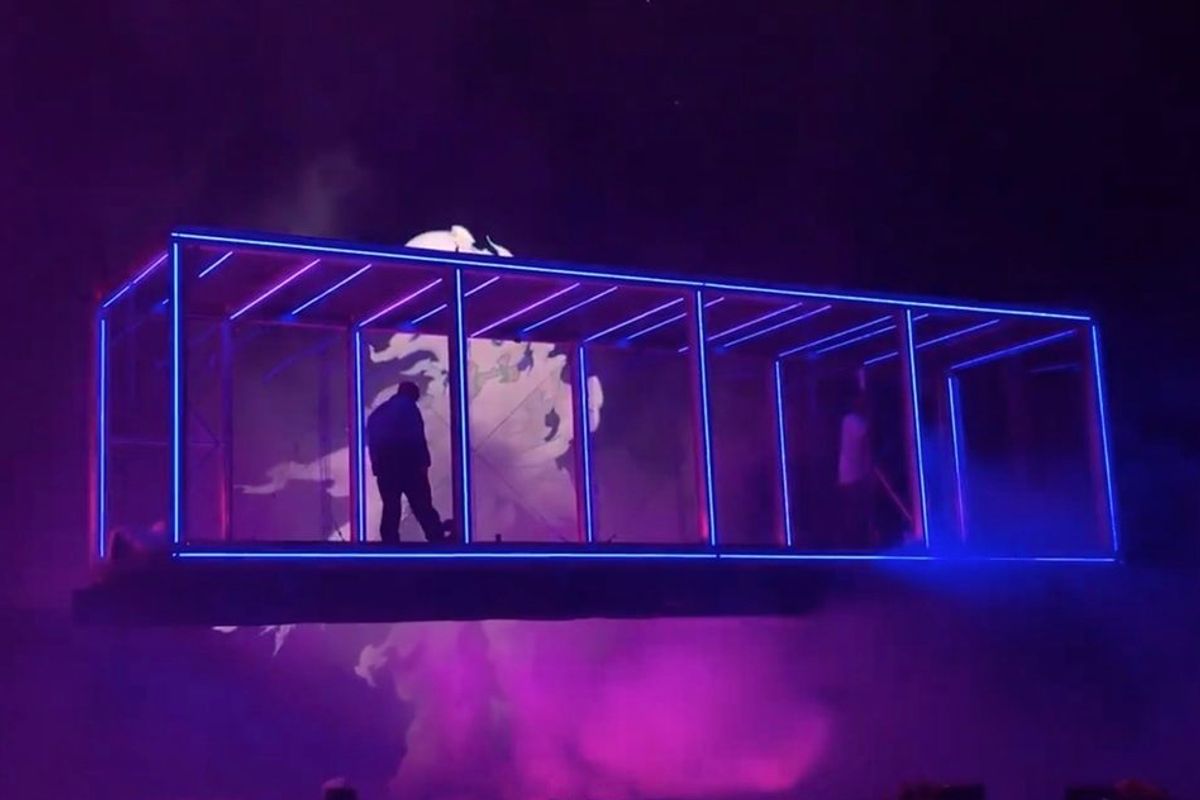 Over the weekend, Kanye West and Kid Cudi's Kids See Ghosts collaboration debuted at Tyler, the Creator's Camp Flog Gnaw festival. Naturally, the whole 45-minute set was incredibly aesthetic. The duo performed atop a floating glass box stage that hovered above the crowd.

It was cool, but it wasn't necessarily original.

On an Instagram story posted today, Lorde points out that the floating box looks very similar — in fact almost identical — to a backdrop she used throughout her Melodrama tour, including a Coachella performance. To be fair, Kanye is known for using suspended stages at his shows. Remember the Taylor Swift lyric about his tilted stage? Still, this is the first time he has used a specific box design.

"I'm proud of the work I do and it's flattering when other artists are inspired by it," she writes. "But don't steal — not from women or anyone else — not in 2018 or ever."

Update: Now stage designer Es Devlin has entered the mix, telling the New York Times that she has been using similar glass box suspensions for more than a decade. Over the course of her career Devlin has designed sets for both Lorde and Kanye.

Speaking of the two glass boxes in question, she said: "I admire both and see no imitation at work here: I think the more interesting point is that both artists, responding to our dis-jointed times, are being drawn to this gesture of the fragile floating room."