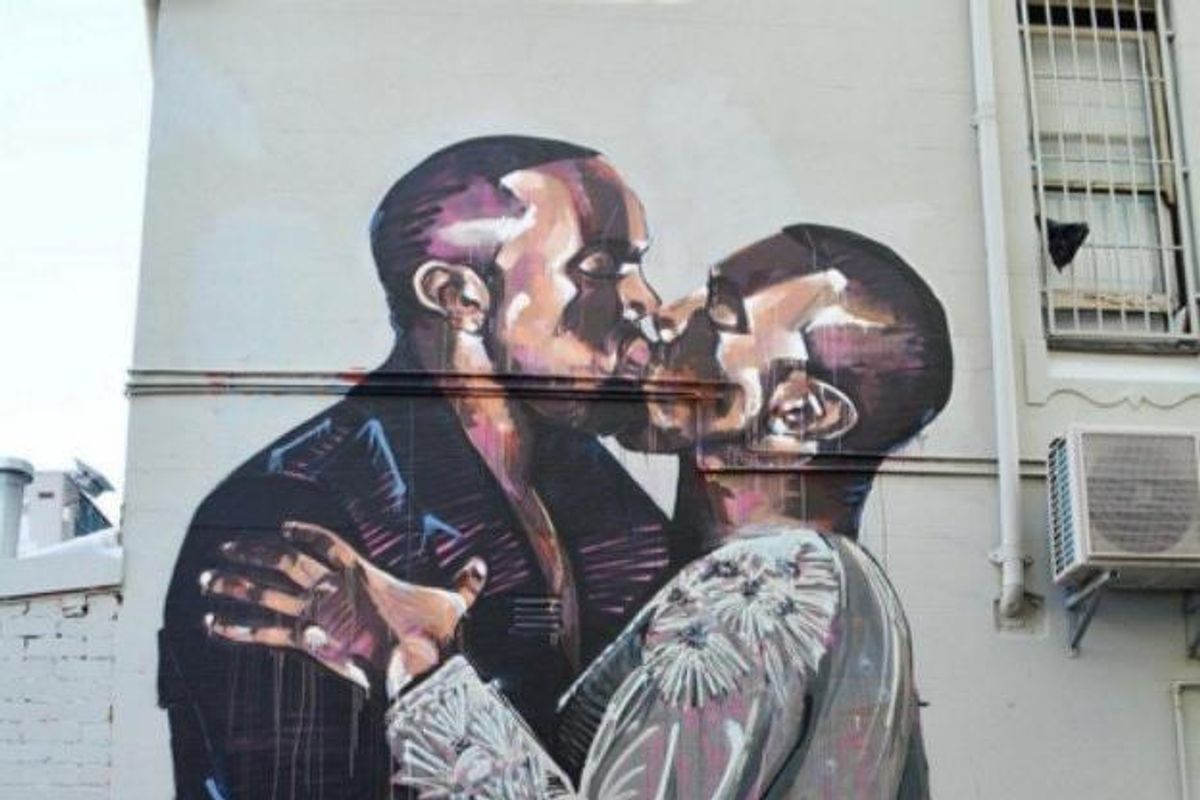 This Australian Mural Is All About Kanye's Love for Kanye

Australia certainly seems to love the Kardashian-West family, throwing up gigantic street-art murals to the King and Queen of Social Media and Celebrity Culture (their official royal title).

The newest one was created by artist Scottie Marsh, and is a monument to West's self-admiration. Marsh noted on his Facebook post about the piece that "no one can love Kanye quite like Kanye." Gracing the side of Zigi's Wine and Cheese Bar in Sydney, Marsh painted 'Ye in a passionate liplock with himself. While at 20-feet high it's not quite as big as wife Kim's Nude Selfie mural in Melbourne, it certainly makes an impact.

Marsh's mural was inspired by a masterpiece of photoshop wizardry created by Jen Lewis last year which replaced Kim Kardashian in a smooch with another 'Ye.

At the time, it was rumored that Kanye wasn't a huge fan of Lewis's creation, but perhaps seeing it writ large on a wall in Sydney will bring him around.