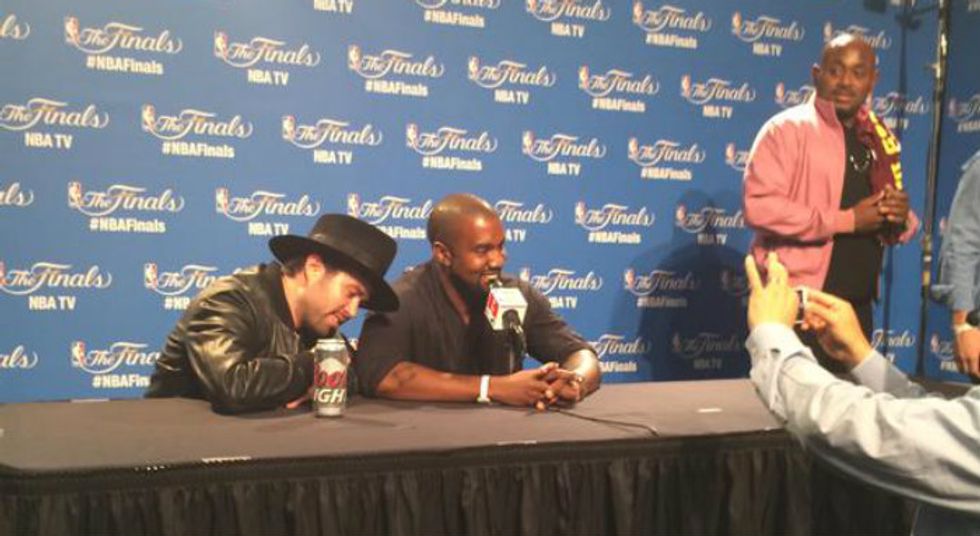 Kanye Gave a Post-Game Interview at the NBA Finals

by Eric Thurm
PAPERMAG
It's been a great few weeks for Kanye and basketball. After Kim rented out the entire Staples Center for his celebrity-filled birthday, he's gotten the opportunity to do a real-life post-game interview -- during the NBA Finals, no less -- as the sweetest person to grace the podium since Riley Curry. Check out the clip below (via The Fader), in which Kanye reiterates that he just has to get ready for the next game.

Yes this is me asking Kanye questions. Lol pic.twitter.com/T4hsiZLmdk