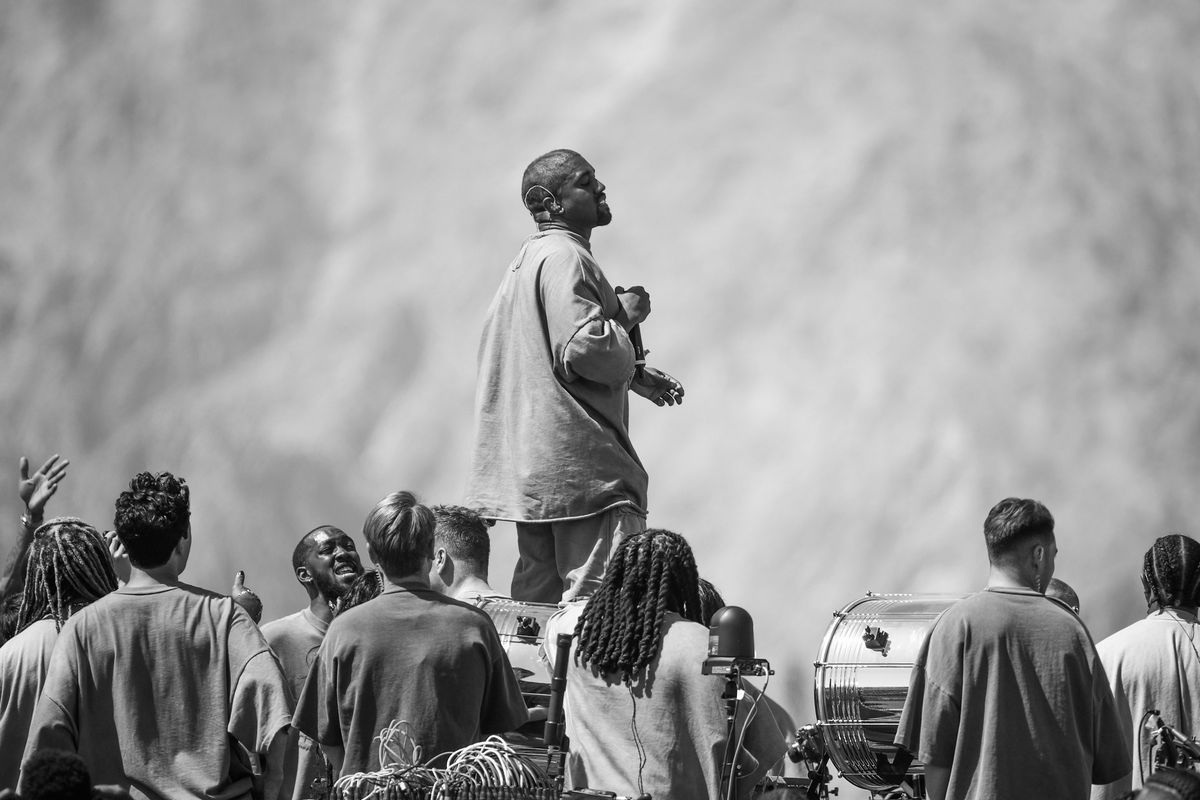 It started out as an egalitarian vision for the future — an affordable housing project meant to "break the barriers that separate classes" through building large wood concrete dome-shaped homes that resembled something akin to Buckminster Fuller crash landing on Tattooine. The brainchild of Kanye West, the dome concepts started cropping up on his land earlier this summer in what was a confusing, but somehow not-altogether-surprising, new move from the Yeezy camp.

But unfortunately it seemed that not everyone was willing to vibe with the vision. The domes predictably ruffled the feathers of a few residents of the gated community, who were less than enthused about Kanye creating a futuristic complex for the non-rich and famous in their highly manicured backyard. After receiving a complaint, the LA County Dept. of Public Works conducted a surprise inspection of the domes finding that they were in violation of building codes and lacking proper permits.

As a result Kanye was given an ultimatum: secure the proper permits and property rights by September 15th or demolish the domes. With the deadline looming it looks we now finally have our answer, as TMZ has reported that domes have now been destroyed. Aerial photos of rubble and dump trucks carting away debris from a remaining small dome surfaced Monday showing what appears to be demolished remains of the ill-fated project.

Between taking his Sunday Service show to various cities around the country and prepping his forthcoming album, Jesus Is King, it's understandable as to why Kanye would opt to just tear down the structures rather than wade deeper into bureaucratic waters.

That said, Kanye's grand social experiment might not be completely over yet. It's been reported as well that Kanye has been holding investor meetings and recently acquired a $14 million lake ranch in Wyoming that could potentially serve as the home for another dome colony. So for those holding out for a sequel to Midsommar where all of the Swedes are replaced by Yeezy-clad hypebeasts, there's still hope.