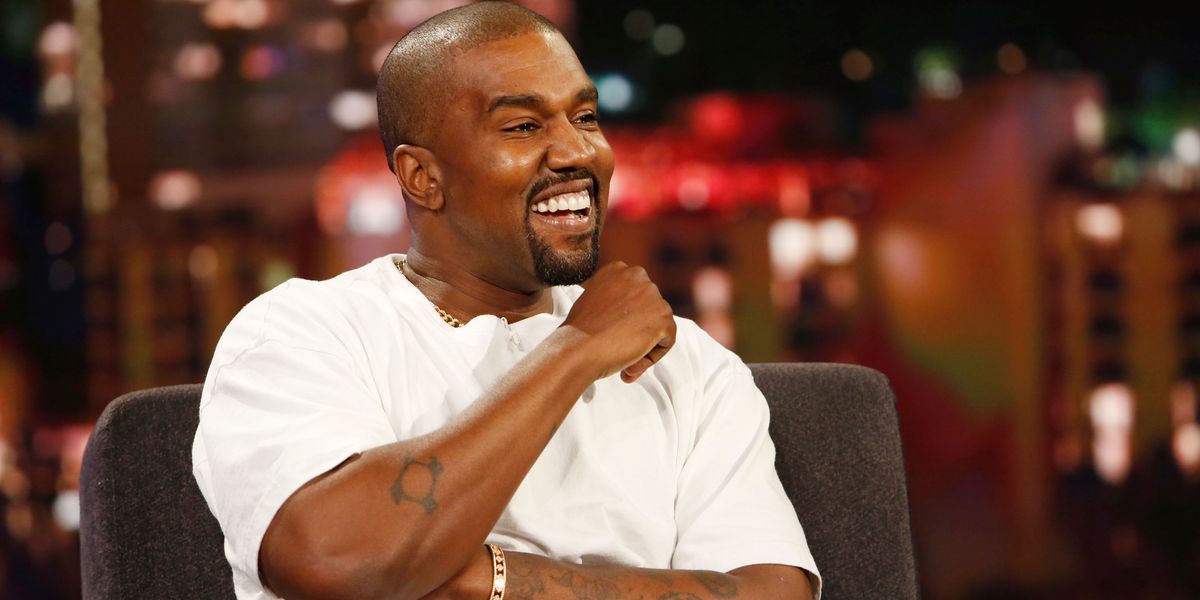 Kanye's Colorist Tells Us How He Got His Rainbow Hair

Kanye West isn't exactly known for playing safe when it comes to style, including when it comes to beauty. Taking his signature experimental look even further, the rapper debuted brand new hair in all colors of the rainbow, and we mean, every single color — red, orange, yellow, green, violet, and blue. Spotted just outside in Calabasas after an appointment with his go-to colorist Daniel Moon, West showed off his dramatic 'do as he brushed past paparazzi. Although a little out there, West's fans were inspired by his new look with many praising it on social media. But how did he get it? What are his go-to products? Moon has been a popular fixture in the celebrity hair world for years and is responsible for Nicole Richie's iconic lavender tresses along with styling hair for Kylie Jenner, Madonna, Miley Cyrus, and Zoe Kravitz.

PAPER spoke to Moon, who broke down West's new look and also gave us some major inspiration for new styles for the season.

What was the inspiration behind Kanye's new look?

We've had a relationship experimenting with color for a while, so we wanted to push the boundaries of our collaboration and do something that was next level.

What products did you use to create it?

Redken Up to 7 White Bleach — it's gentle on the scalp and it lifts evenly at a moderate speed. This is very important for people bleaching their hair because people have sensitive scalps and we want to achieve light blonde without it being too harsh. We also used Virtue Color Kick Keratin Additive, it's a must-have because it keeps the hair healthy and shiny, filling the blonde strand with keratin, leaving it just as strong as prior to the process. As for color, we used a variation of pigmented custom colors, sought after specific tones and lasting power.

What are some of the top hair colors and styles you think will be huge this spring?

For colors, I recommend very bright and extremely healthy platinums. Golden platinums that reference the '70s blonde icons like Sharon Tate will be huge. I also see a lot of rainbow, multi-colored pieces, pushing the envelope from one single pastel or neon to a multi-color masterpiece.

What products would you recommend for frizzy hair as well as greasy hair?

For frizzy or dry hair, I combine Virtue Refresh Purifying Leave-In Conditioner with Sachajuan Styling Cream if it's straight or curly. I also like the Virtue Restorative Treatment Mask, which really gets your the hair smooth. Dry and frizzy hair happens when the hair is overly cleaned by shampoo, so doing a mask every two weeks helps restore moisture back to the hair that allows it to return back to its natural silk and shine.

For greasy hair, I recommend the dry shampoo powder spray from Sachajuan. The Sachajuan Moisturizing Shampoo and Conditioner are also good because it's light, hydrating, and allows more movement in the hair.

Can you tell me about a few products loved by the celebrities you style?

The Virtue Leave In conditioner is nice for when the hair has natural waves as it breaks them up to enhance the natural texture. Sachajuan Ocean Mist is also loved because it creates good separation and texture, which amps up the next day hair look. The Sachajuan shampoo and conditioner is great for color treated hair because it's light, hydrating, and smells nice.