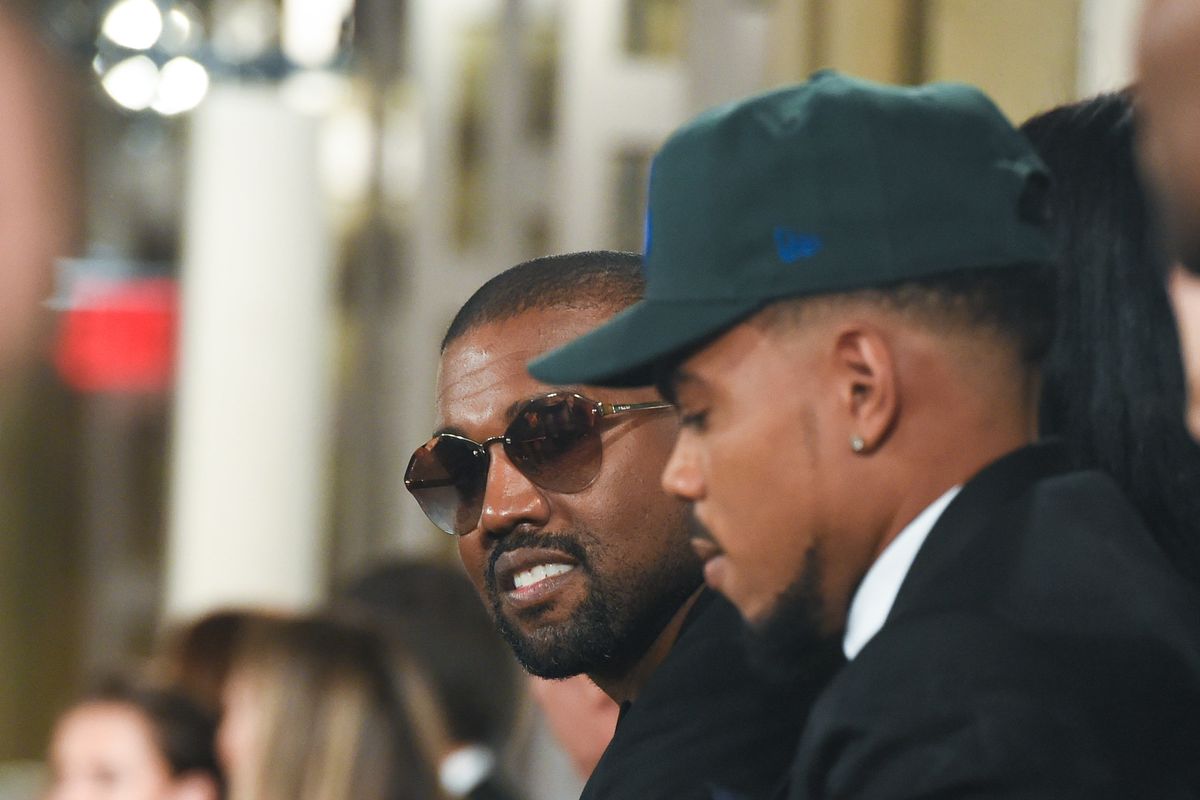 Given that Kanye seems to like Trump's vibes more than his actual policies, it's actually not shocking that this week, the Chicago-native donated $73,540 to progressive mayoral candidate Amara Enyia, a former attorney and community activist, reports the Chicago Tribune.

Ye's endorsement comes six days after Chance The Rapper signed off on Enyia (squashing rumors that he was interested in running for the role). Yesterday, both rappers attended one of her campaign events in Woodlawn.

Kanye West departed Amara Enyia’s campaign event after about 5 minutes, before it ended. He did not speak, but was… https://t.co/u23GXPfRXF
— Bill Ruthhart (@Bill Ruthhart)1540322507.0

She's among the 17 candidates running to replace Rahm Emanuel, who announced last month that he would not run for reelection after botched dealings with incidents of police brutality, and who both rappers have spoken out against.

Enyia told the Chicago Tribune that Kanye got in touch with her personally, asking what kind of resources she needed. His sign-off will be more than symbolic, as it matched the exact amount the candidate needed to pay a fine to the state of Illinois for a campaign mishap from her 2015 run, which she need to settle before she could get her name on the ballot.

The staunchly progressive candidate says she was concerned about Kanye's controversial political ideas. She told the Tribune that it was crucial for her to address his support for Donald Trump before accepting the donation.

"Celebrity endorsements are great, but in my view they have to be tied to something of substance. In Chance's case, he donated $1 million to CPS, donated $1 million to help mental health expansion," Enyia said. "And the specific conversation was warranted with Kanye, to make sure there was alignment on the policy platform and issues I've advocated for. So, we definitely had a conversation, and when we talk about what Chicago needs and what it will take to get us there, he sees this campaign as a vital part of that, and that is what prompted him to support us and get over this financial barrier we have had."

She added: "We talked about the Trump factor, and he made it very clear that he doesn't necessarily support Trump's policies, some of the more controversial policies, but what he was interested in is for the ability for people to disagree and have dialogue about it. Now, I have some very strong feelings about Trump and some specific policies coming out of the administration. He believes there always has to be room for dialogue, and people should be able to have a conversation and at least be aware of other points of view. That's fine."