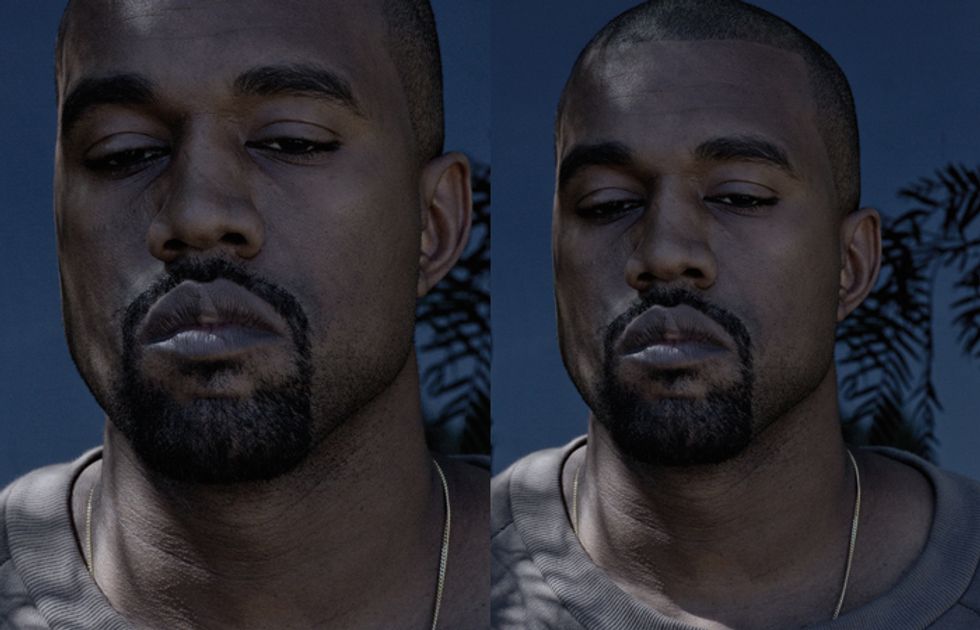 By Matthew Moen
PAPERMAG
photo by Jackie Nickerson
In a recent interview with Vanity Fair, following the debut of Yeezy Season 2, Kanye West discussed everything from not wanting to step on fashion industry toes to his forthcoming album Swish. But we were probably most excited by his re-affirmation of running for President in 2020.

"[After] the six years of this misconception or the six years I went through of 'We don't like Kanye'...as soon as I said [I'd be running for President], it was like, 'Wait a second, we would really be into that, because actually if you think about it, he's extremely thoughtful. Every time he's ever gotten in trouble, he was really jumping in front of a bullet for someone else. He's probably the most honest celebrity that we have.'"

Kanye went on to describe, current Republican Presidential Candidate Ben Carson as "brilliant" as he laid out his own vision of the ideal election;

"I want everyone to win. When I run for president, I'd prefer not to run against someone. I would be like 'I want to work with you.' As soon as I heard [Ben] Carson speak, I tried for three weeks to get on the phone with him. I was like this is the most brilliant guy. And I think all the people running right now have something that each of the others needs. But the idea of this separation and this gladiator battle takes away from the main focus that the world needs help and the world needs all the people in a position of power or influence to come together."

However, we have some issues with standing behind the ultra-conservative Dr. Carson, especially as he's infamously likening homosexuality to bestiality and pedophilia in the past. TBH, probably not the best potential running mate for Kanye's 2020 bid.
Read the full interview here.
You May Also Like
Fashion