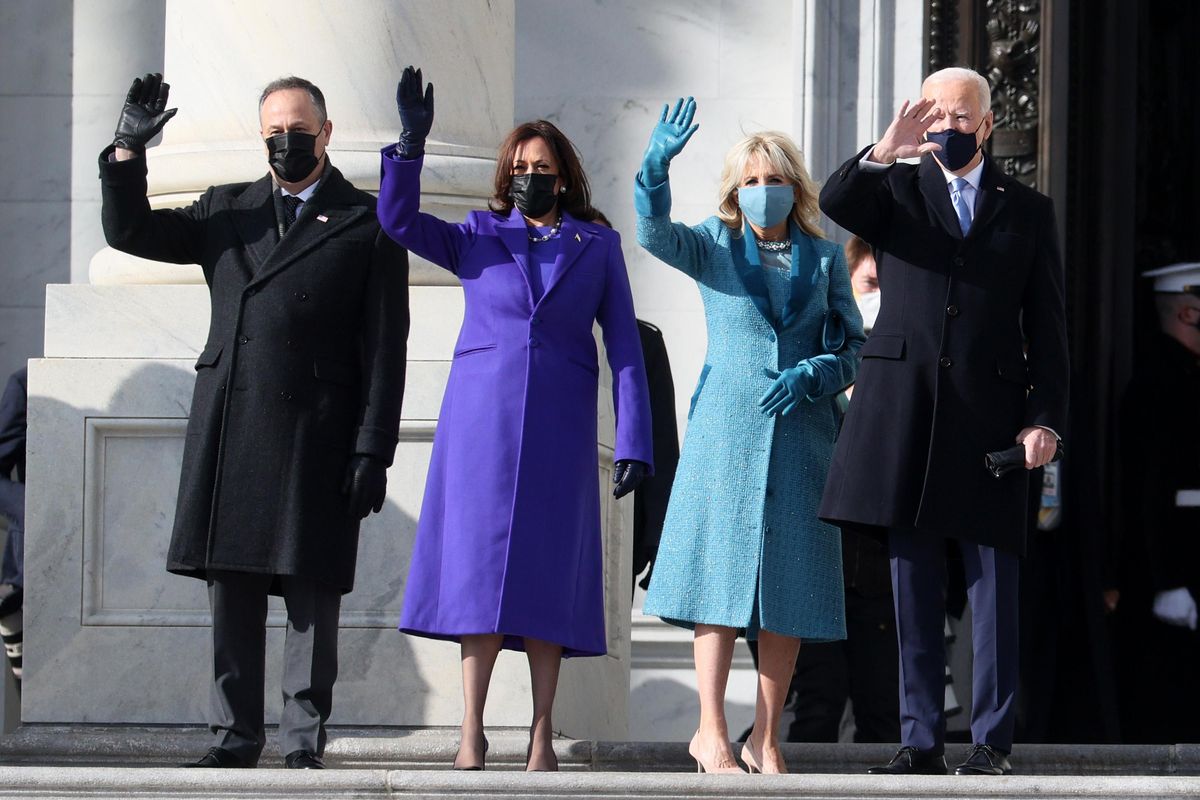 After what felt like the longest start to the year ever, we finally made it to Inauguration Day. While this edition's celebrations will look a tad different in the wake of security precautions and the pandemic, the show will go on as Joe Biden and Kamala Harris get sworn in as the next President and Vice President of the United States.

The momentous occasion is also an important one for American fashion designers, who for the last four years have largely shied away from associating with and dressing the previous administration, including Melania Trump and the extended family members. (She mostly bought her clothes off the rack with the help of her stylist Herve Pierre.)

But for at least the next term, everyone will be clamoring to dress the new first lady, Dr. Jill Biden, as well as Harris. With their inauguration looks today, the two women are setting the stage for a new era in American fashion, one that spotlights and celebrates designers from all walks of life on US soil, much like it was during Michelle Obama's time at the White House.

For the big day, Biden wore a custom ocean blue and wool tweed dress with overcoat by Markarian, the emerging New York-based label founded by designer Alexandra O'Neill. According to the brand, the color blue was chosen "to signify trust, confidence, and stability." As for Harris, she opted for a custom purple ensemble by Christopher John Rogers, the designer known for his fantastical jewel tones and unabashed glamour.

Harris, who wore a custom coat by Pyer Moss the night before to the COVID memorial, has long used her platform on the campaign trail to spotlight Black-owned brands. On the same evening, Biden wore a coat by Jonathan Cohen, another emerging designer based in New York with Mexican heritage.

In many ways, with the beginning of a new chapter in American politics, the fashion landscape is primed for a reinvention as well. It's been a while since fashion spectatorship had a real moment on the American stage, and the outfits on display today and the ensuing months are a reminder that fashion and politics have and will always have an important place in history.