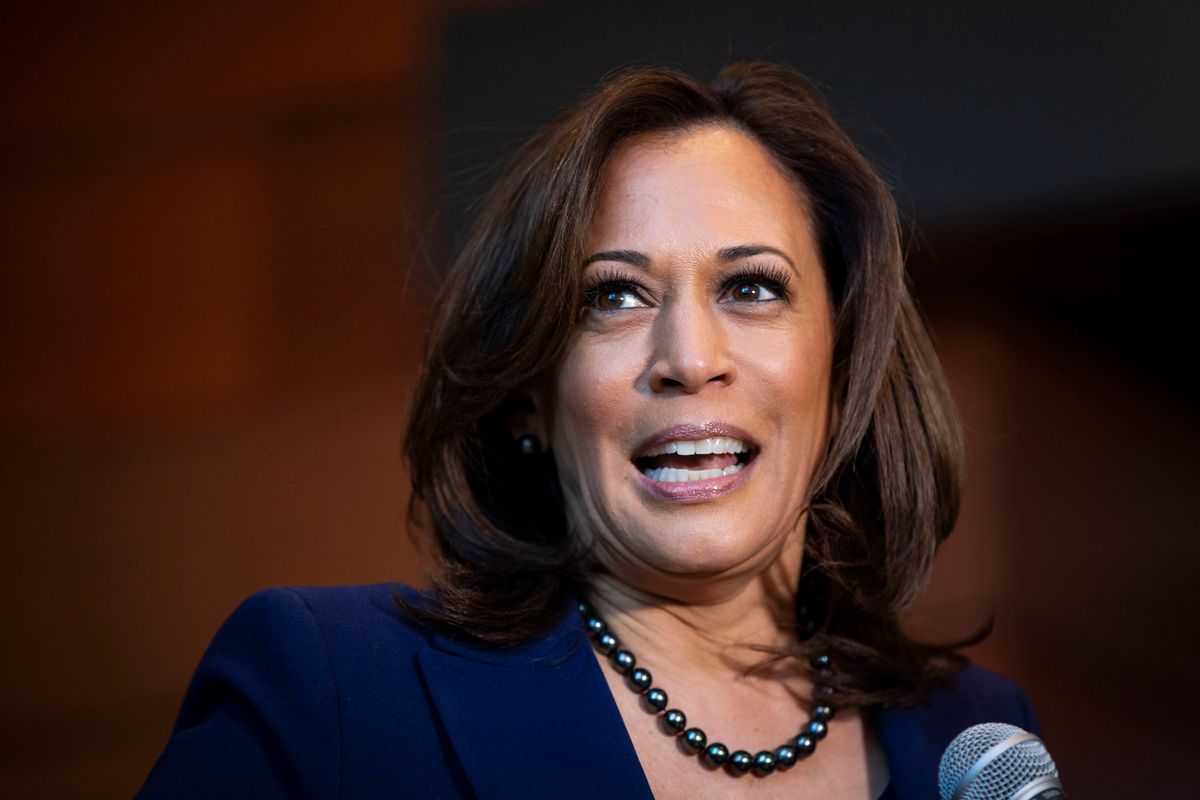 California Senator Kamala Harris took to Good Morning America this morning to announce that she has decided to run for president in the upcoming 2020 election.

"I love my country and this is a moment in time where I feel a sense of responsibility to stand up and fight for the best of who we are," Harris explained to the hosts of GMA. Her bid comes 47 years after Shirley Chislom became the first black woman to run for president and people have already picked up on the fact that the candidate's just released campaign materials pay homage to the trailblazing figure.

The poetic timing of her announcement coinciding with Martin Luther King Jr. Day is not lost on Harris either, "he was aspirational like our country is aspirational. We know that we've not yet reached those ideals. But our strength is that we fight to reach those ideals. So today, the day we celebrate Dr. King, is a very special day for all of us as Americans and I'm honored to be able to make my announcement on the day we commemorate him."

Harris joins fellow senators Elizabeth Warren, Kirsten Gillibrand, Hawaii representative Tulsi Gabbard, and former Housing and Urban Development secretary Julián Castro in the steadily growing field of Democratic presidential hopefuls. Harris boasts a long record of public service from being a prosecutor all the way up to her current position on the Senate Judiciary committee where she memorably stepped into the spotlight this past summer after grilling Brett Kavanaugh during the Supreme Court nomination hearings. Harris has promised a progressive platform of reforms and is already being considered a front-runner but people have also raised concerns over some of her past support of the criminalization of sex work and perceived inaction on cases dealing with police brutality.

Harris will formally kick off her campaign January 27th at a rally in Oakland, California.