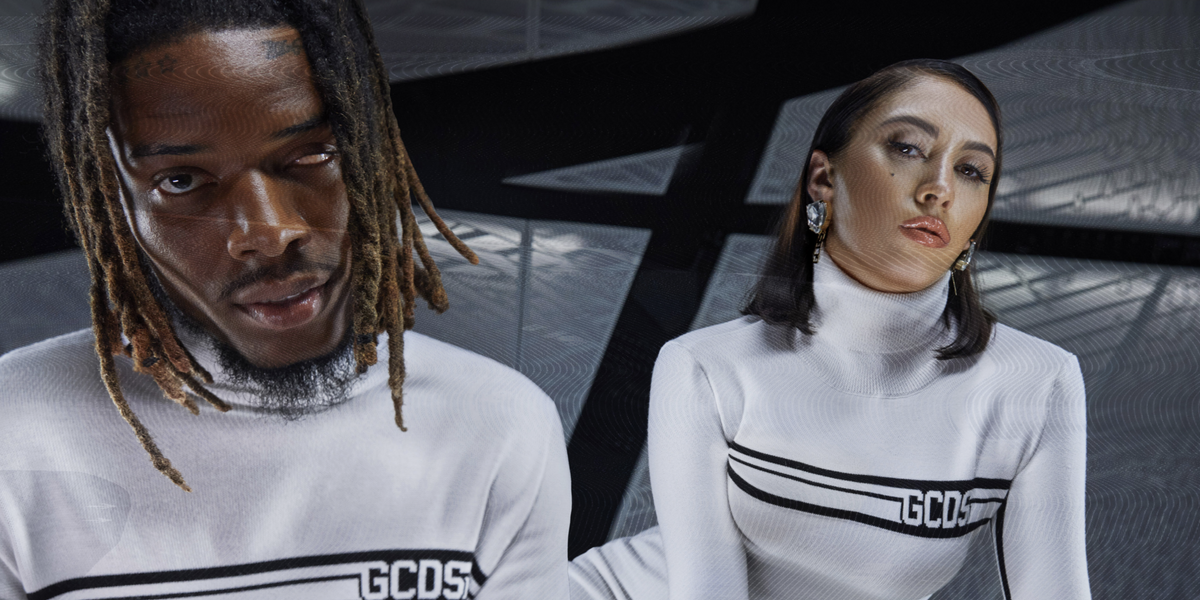 Kali Uchis and Fetty Wap Fly to the Future for GCDS

GCDS — aka God Can't Destroy Streetwear, the Italian streetwear brother duo of Giuliano and Giordano Calza — has been dressing international influencers since they first broke onto the scene in 2015, with their designs finding homes on people-of-the-moment like Kendall Jenner, Gigi Hadid, Cardi B, Dua Lipa, Teyana Taylor, Brooke Candy, and more.

Now, they've unwrapped their Fall/Winter Campaign, featuring Fetty Wap and Kali Uchis in a cinematic semi-dystopian spaceship scene. Serving face like a pair of AI replicants who've just discovered they have agency and are about to fuck shit up, the pair debut subtle knits and glossy technical outer pieces.

However, the campaign's cosmic looks retain a classic GCDS retro-athletic touch, courtesy of the racing-stripes on the cherry red thigh highs Kali Uchis wears, the horizontal stripes on the pairs' white knits, and the iconic logo on the black puffer worn by Fetty Wap.

Styled with signature ferocity by PAPER Person Anna Trevelyan and shot at Brooklyn's National Sawdust by Spanish duo, Hunter & Gatti, these science fiction-worthy new offerings from the Italian brand were "influenced by recent discussions on artificially intelligent robots, increasing resemblance of humans and machines as well as CGI influencers of Instagram."