Brooke Candy Took the Stage at This Wild NYFW Show

At Kaimin's fall 2019 show, the brand presented its trademark sexually charged clubwear. Cut-out dresses were more cut-out than dress, sleeves dipped to the floor, and some garments featured multi-layered shoulder ornamentation that felt like the ideal drag queen armor. Iconic makeup artist and Björk collaborator Hungry sported a rhinestone face mask. The entire event was high-energy; pole dancers did their thing behind the strutting models, and Brooke Candy performed on the runway, twerking on delighted guests in the front row. She brought up Bronx rapper Maliibu Miitch for the finale, and the crowd went wild. 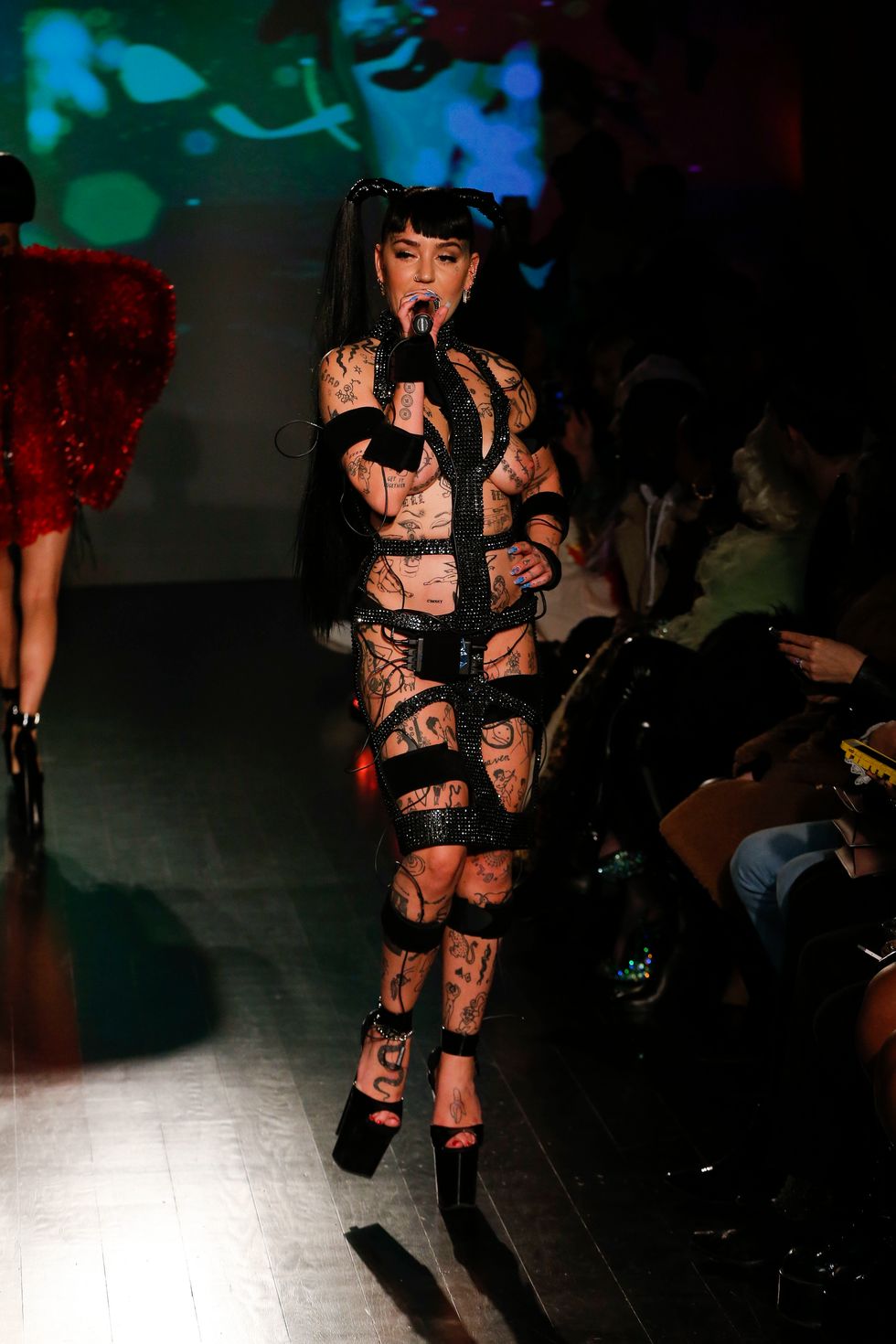 There was, clearly, a lot going on. But the whole show was anchored by visuals from design studio Team Rolfes, who have previously collaborated with brands like Nike and Landlord. Brothers Andy and Sam Rolfes are traditionally trained artists who specialize in figurative animation, VR, and mixed animation collage. They incorporated sophisticated technology into the Kaimin show; Brooke Candy sported their motion capture suit during the performance in order to, as Andy put it, "create a dialogue between what was going on in front of you and the background."

"Sam had developed four separate scenes that we transitioned between in the background, and he programmed triggers, as one might do as a visual DJ," said Andy. "So you can have the performer sort of driving the motion, with us in the background providing more effects with the lighting and general animation."

Sam's prints were also incorporated into multiple Kaimin looks. For the runway backdrop, the brothers wanted to "reflect the prints that were chosen along with generally reflecting Kai's image, and this organic, cybernetic, sexual character that she's aiming for." It's safe to say they succeeded.