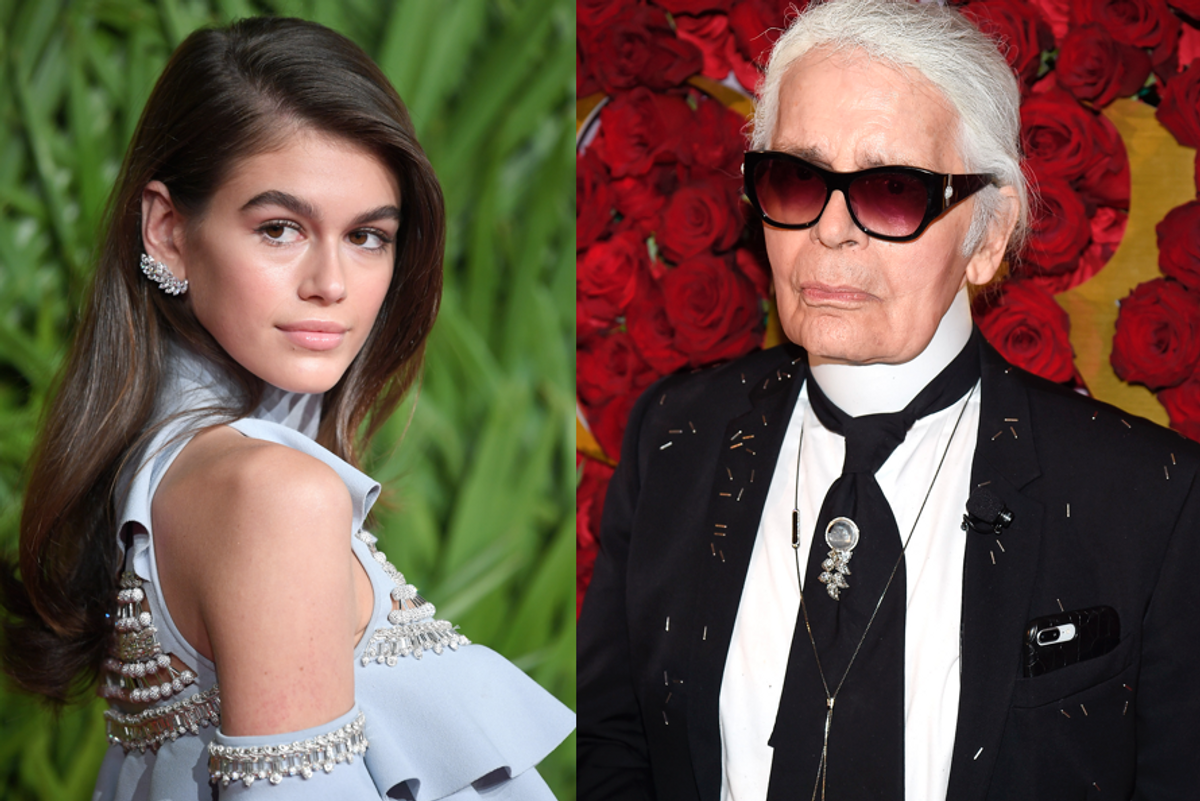 Gerber has walked for Chanel twice, even opening her first for the luxury brand, which is a huge achievement given her catwalk debut was last season. WWD reports the duo will be creating a collection of ready-to-wear apparel, jewelry, shoes and sunglasses, set to hit stores in September. The range will reportedly fuse Gerber's laid-back west coast style with Lagerfeld's penchant for "Parisian elegance."

"When Karl first told us his idea to collaborate with Kaia, we were all excited by the incredible potential and power of bringing their two worlds together," Pier Paolo Righi, chief executive officer of Karl Lagerfeld, said in a statement.

"We have been working intensely over the last months with Kaia in LA and at our studio in Paris. It was exciting to see her clear vision, passion and engagement, and the collection will definitely inspire many young women."

Also, prepare yourself for a series of launch events this fall in LA, New York and Paris.