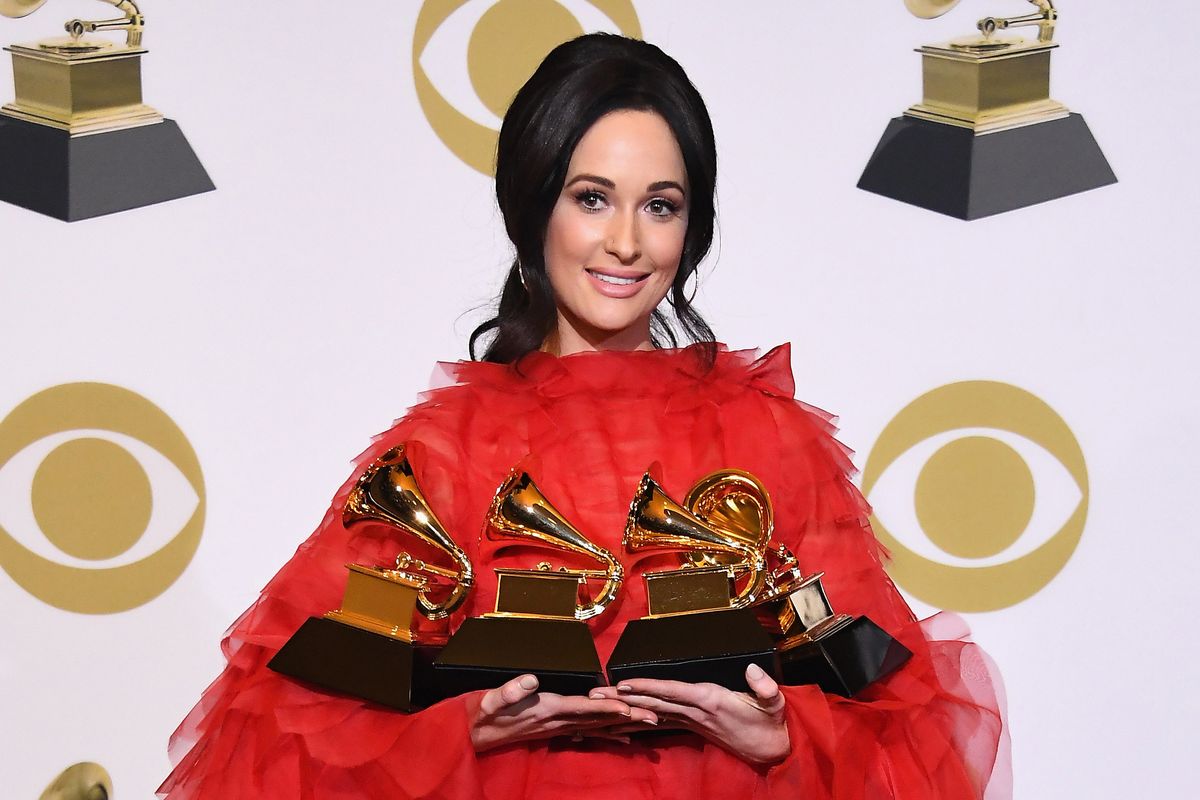 Give These Kacey Musgraves Memes a Grammy

Sunday night's biggest winner, Kacey Musgraves, not only virtually swept all of the country categories but also walked away with the night's biggest honor, Album of the Year. It was an unexpected moment that certainly caught everyone, including Musgraves, off guard but not necessarily upset either. Musgraves win was not only a recognition of a rising new generation of country artists radically shaking up the genre but an indication that the elitist image of the Grammys may finally be fading.

There were plenty of meme-able moments throughout Sunday's Grammys, but even Musgraves had to admit that her facial expressions in the five seconds after they called her name were pretty priceless. So like any savvy artist today, Musgraves leaned into the coming tidal wave of content and put up her own favorite screencap as prime fodder for the meme-making masses.

Kacey said "let the memes begin," and so they did:

when someone breathes on the back of your neck pic.twitter.com/gswu4WLpaU

when you have socks on and step in something wet pic.twitter.com/xgNlLcPcIg

Many also found inspiration in the full dynamic range of emotions and expressions made in Musgraves' reaction.

When my friends tell me a rumor and I have to act like I didn’t start it pic.twitter.com/IfX2qy9aIU

When you drink a shit ton, but wake up without a hangover pic.twitter.com/Qkmn5xKAIq

And finally, one more to put you in the mood for the upcoming holiday:

when you get the valentine you wrote for yourself pic.twitter.com/U5aYWo848x