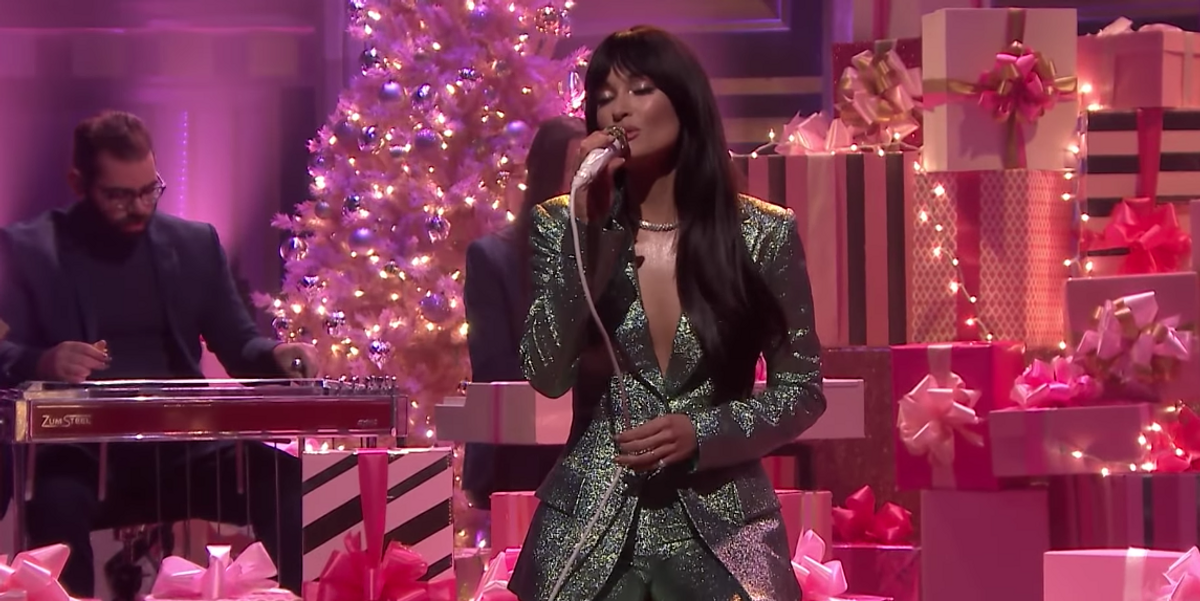 Queen of curtain bangs Kacey Musgraves debuted a new holiday track on Fallon last night, and it'll get you and your honey in the mood for some mistletoe action. "Glittery" is a love song about kissin' by the Christmas tree, filled with eggnoggy entendres about snow globes and gifting. It is, unfortunately, perfect.

Musgraves is no stranger to Santa season, and it's unsurprising that she nailed the brief. The country musician released an album of countrified Christmas songs, A Very Kacey Christmas, in 2016. That record featured three original tracks, and a Willie Nelson cameo.

Related | Everything That Happened at the 2019 CMAs

Watch Kacey Musgraves perform "Glittery" on The Tonight Show With Jimmy Fallon, below.