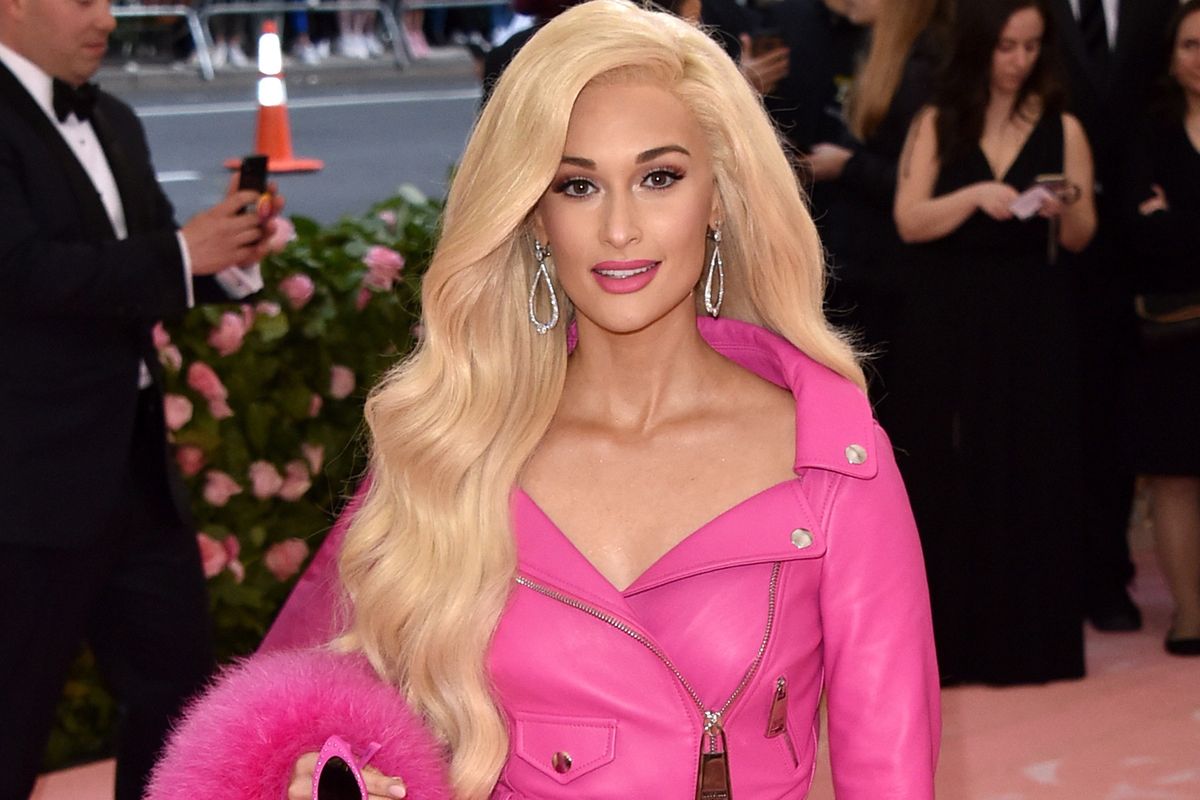 Kacey Musgraves Is a Moschino Barbie

Kacey Musgraves just debuted a kitschy, Barbie-inspired look for the 2019 Met Gala, and it screams pure "Backwoods Barbie," if you ask us.

Outfitted in an impossibly teased, bottle-blonde wig and a hot pink, vinyl, motorcycle-style dress by Moschino, Musgraves sent fans into a tizzy after she was spotted driving to the Met Gala in a matching Barbie convertible. Then again, Musgraves' over-the-top look shouldn't come as much of a surprise, as she did give us a couple hints about her look earlier today via her Twitter.

Obviously, she nailed it. And though it may not be 100 percent intentional, the look also exudes some major Dolly Parton vibes — who, in addition to being one of Musgraves' idols, is one of the verifiable queens of camp. Honestly, talk about knocking the prompt out of the park. See what the internet has to say about it, below.

kacey musgraves has gays she can TRUST pic.twitter.com/kaCk9rsZhZ

KACEY MUSGRAVES IS LITERALLY A BARBIE LOOK AT HER!!!! #METGala pic.twitter.com/hcbResZ04H

oskkskssk it literally is fantastic to be plastic kacey said so pic.twitter.com/ukRcMhmn3H