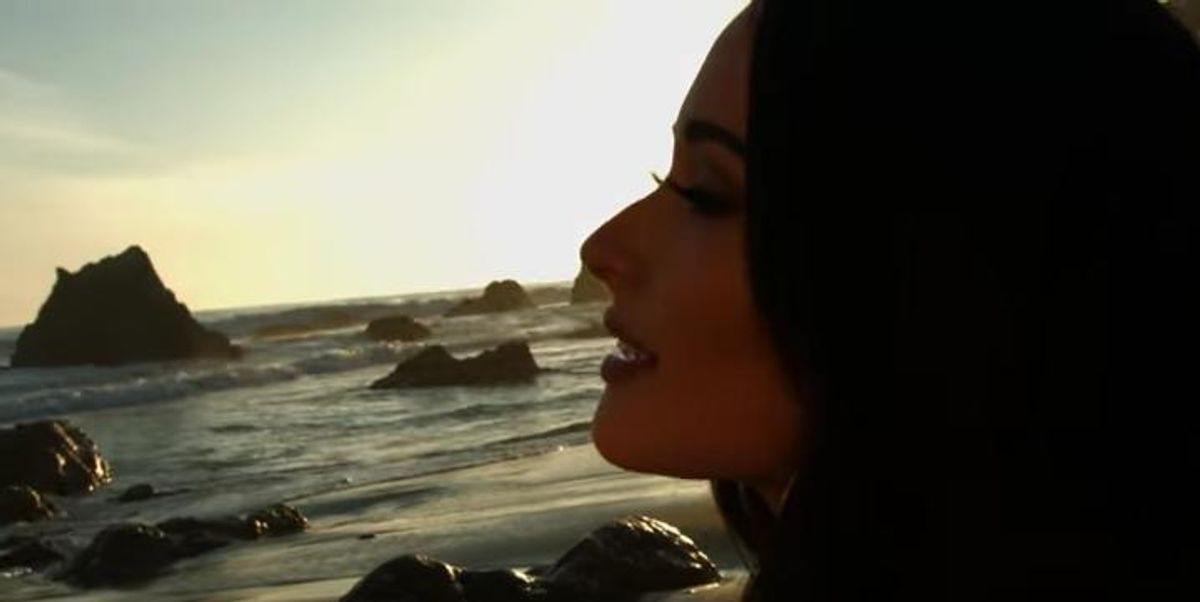 for his Rogue Waves EP, Miguel has pulled a diverse range of artists to remix his "Waves," from indie rockers Tame Impala to rapper Travi$ Scott. Kacey Musgraves gave the song a country spin, recruiting some Nashville musicians to play with her, and transforming the song into a duet. "It's kind of fun to hear it from a male and female perspective," she told Elle. "I like that the bridge is sort of aggressively sexual. You don't normally hear a female singing something like that."

Today, Musgraves and Miguel released a teaser for the video that will accompany the track, and it's as sexy as the song. The 54-second clip shows Miguel and Musgraves getting up close on a beach, the shots long and languid. Sorry, Tame Impala, but based on this promo, Musgraves is giving "Waves" the slow-burn sexy remix it deserves.