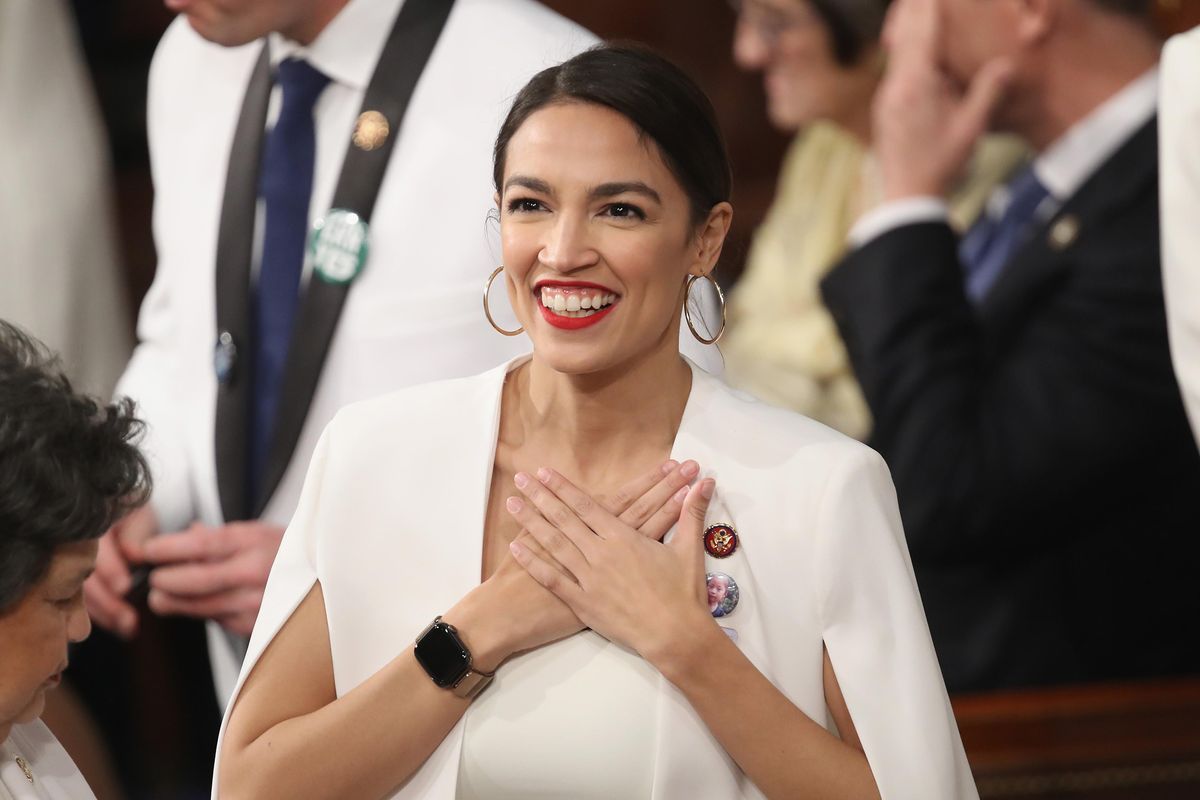 K-pop stans are fighting the good fight once again by co-opting an anti-AOC hashtag with images of their favorite idols.

Following the Democratic congresswoman's powerful broadcast about her traumatizing experience at the Capitol riots, conservative pundits and alt-right trolls began using the hashtags #AOCLied and #AlexandriaOcasioSmollett — in reference to Jussie Smollett's alleged fakery of a MAGA hate crime — to claim that Ocasio-Cortez had lied about aspects of what happened, including the location of her office and fearing for her life.

And though AOC herself has since hit back at the "manipulative takes" being spread by these hashtags, K-pop fans are also now trying to help derail the online smear campaign in the best way they know how.

This is the latest manipulative take on the right.

They are manipulating the fact that most people don’t know the layout the Capitol complex.

We were all on the Capitol complex - the attack wasn’t just on the dome.

The bombs Trump supporters planted surrounded our offices too. pic.twitter.com/jI18e0XRrd

Much like previous efforts to tank Trump's Tulsa rally and taking down a Dallas police snitch app, stans have begun spamming the #AOCLied hashtag with photos, fancams, and GIFs of K-pop stars to thwart the targeted online harassment campaign.

#AOClied no, she didn't. It's not her fault you don't know how the Capitol is structured. pic.twitter.com/u5XFnAef9m

#AOClied anyways here are my favorite pics of the pinks pic.twitter.com/DDqj7K3IMX

Not only that, but shortly after the K-pop stans took over the hashtag, pet owners also began joining in on the effort by posting cute photos of their furry friends. And the best part? It looks like it's worked, as the #AOCLied is now mostly filled with puppies, kittens, and idols. Talk about an iconic collaboration.

Loving the pet takeover on #AOClied. @AOC Maluka and his mom think you are the best❤️ pic.twitter.com/Q5AGW73QME