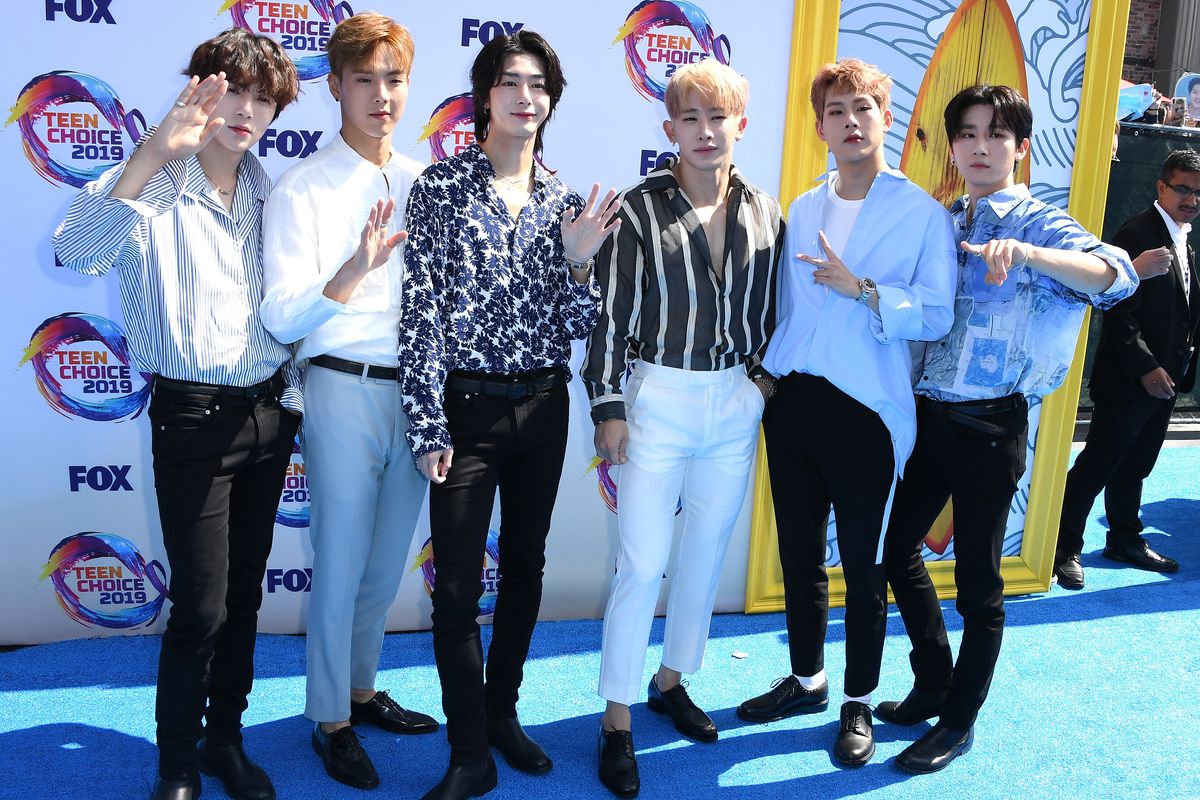 The bad news: BTS weren't at the Teen Choice Awards last night, as they're officially taking some much-needed time off for "rest and relaxation." The good news: our boys still picked up plenty of surfboard trophies. BTS were awarded the Choice International Artist award, their song with Halsey "Boy With Luv" was awarded Choice Collaboration, and their recent world tour was named Choice Summer Tour. The BTS ARMY won the Choice Fandom award, which the internet's most dedicated stan community absolutely deserved.

But BTS weren't the only K-pop group to feature at the awards show, co-hosted by Lucy Hale and David Dobrik at Hermosa Beach, California. Ariana's faves BLACKPINK scooped up the Choice Song: Group award for "Ddu-Du Ddu-Du," and Red Velvet's remix of Ellie Goulding and Diplo's "Close to Me" won Choice Electronic/Dance Song.

Audiences were also treated to a live performance from Monsta X, who performed their hit "Who Do U Love," complete with sultry dance moves. Members also posed on the red carpet with Charlie Puth. The group wrapped a sold out world tour in LA on Saturday night, so maybe soon they'll be joining BTS on vacation.

Watch their performance of "WHO DO U LOVE?," below.