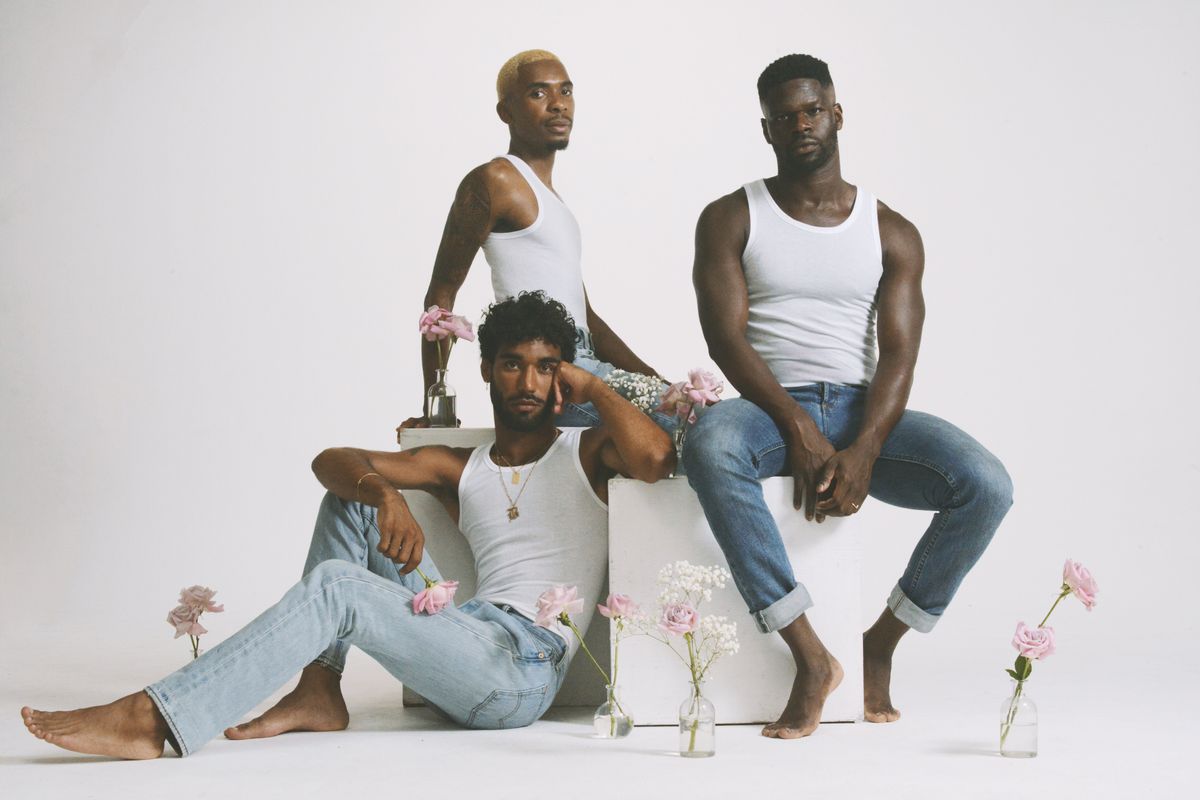 In an industry where so few brands do, K.NGSLEY says it "exists to serve the Black, queer, femme and trans community." This has always been important, but it holds special weight in a year when violence towards the QTPOC community has reached new levels — especially with an uptick in murders against Black trans women. Clothing then becomes K.NGSLEY's vehicle for "reclaiming" and "redefining" the Black, queer, femme body, and the brand an all-encompassing tool for fostering support in ways that extend beyond fashion.

For New York-based Kingsely Gbadegesin, who has experience working at Versace, Celine and Loewe, this solo venture as K.NGSLEY's founder is second nature. The 27-year-old also has a background in the ballroom scene and spent 2020 doubling down on the vital Black Lives Matter movement through his grassroots organization, "On the Ground." Alongside a team of Black queer volunteers, Gbadegesin organized candle vigils and helped support protesters at various demonstrations.

This is why he describes K.NGSLEY as a "movement" putting trans and femme people safely at the center in response to toxic masculinity that often perceives them as a threat. "Trans and femme people and their bodies are sacred, and woven into their identity is a long history of suffering, but also brilliance and hope," Gbadegesin says. "There is a future within our reach in which the violence, the killing, the lynching of our sisters is forever behind us as a stain on history."

Gbadegesin continues, emphasizing the importance of forging a future where "straight, masculine, cis presenting men can love femme or trans people without fear of what others will say." He adds that it's hard work ("the work of a lifetime"), but a crucial pursuit in helping stop the patterns of "persecution, violence, oppression and erasure" that trans and femme bodies have long endured throughout history. "We need to normalize the idea of love outside the predetermined norms," he says.

K.NGSLEY's first collection, released in early September to high acclaim on social media, offers a range of core basics in monochromatic hues. Titled Collection 0: BQ Essentials, Gbadegesin wanted to "celebrate the Butch Queen (BQ) in all of us," with a series of navy, white, black and olive separates that could be made more masculine or feminine depending on the body. The tank tops in particular are a standout, with clever cutouts and simple, modern silhouettes. They look especially great on campaign model Beaujangless, previously PAPER's Coolest Person in the Room.

"When I think about this collection, the ways we've harnessed fashion to spotlight the brilliance of femme and trans people of color, I hope it helps in some small way," Gbadegesin says. "Whether someone feels more comfortable in their skin, feels the clothing they choose to put on their body makes space for their deep and true expression to be seen, or inspires within them the confidence and courage they've always had."