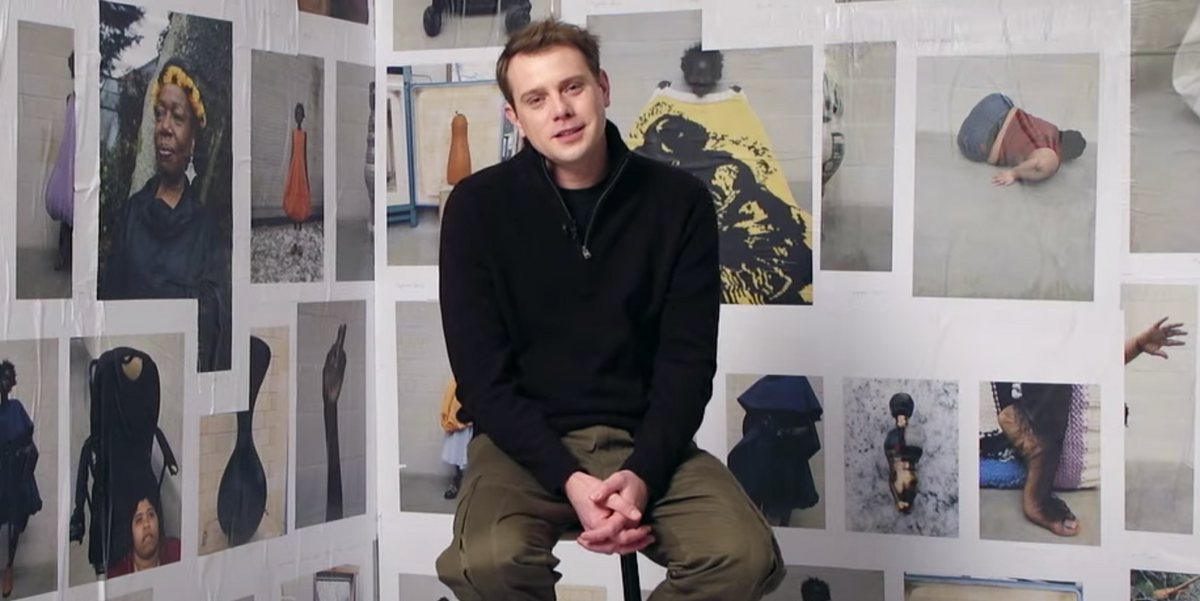 Some corners of the Internet may not be too crazy about Juergen Teller this week, but Jonathan Anderson can't seem to get enough of the photographer. The designer, who first teamed up with Teller last month for his menswear presentation, enlisted him again for a second time for what he calls his most personal project yet.

"As we approached the moment to reveal this collection and experiment in its creative presentation I knew that I wanted to work with Juergen Teller again," he said in a letter that accompanied his JW Anderson Fall 2021 women's collection. "By looking through his lens, I find honest moments in art and clothing and creativity that I hope invoke the same emotional reaction for you as they do for me."

Teller's hyper-real, snapshot style aesthetic was a big draw for Anderson, who wanted the lookbook this season to be stripped down and focused on the abnormal silhouettes and elongated volumes of his latest collection. The amorphous shapes and unfolding jackets were inspired by the ceramic works of pioneering artists Magdalene Odundo and Shawanda Corbett, who Teller also shot for the lookbook.

"What has been nice in the method of being able to shoot this collection with Juergen is it helps you to focus on archetypes," he says in the video presentation. "Instead of overloading, you're trying to hone in on a singular idea and explore things that are more precise because ultimately it's going to end up in a static image so it needs to be incredibly direct."

Anderson, who has been collecting ceramics for years, also had Teller shoot the artworks and pottery that directly influenced the collection, which was presented in 19 double-sided posters. "Working with Juergen felt like opening doors to new creative paths and new ways to show not just fashion, but artistic output broadly," he says. "With this project I got to follow a personal passion of mine. It feels new and it inspires me for the future."