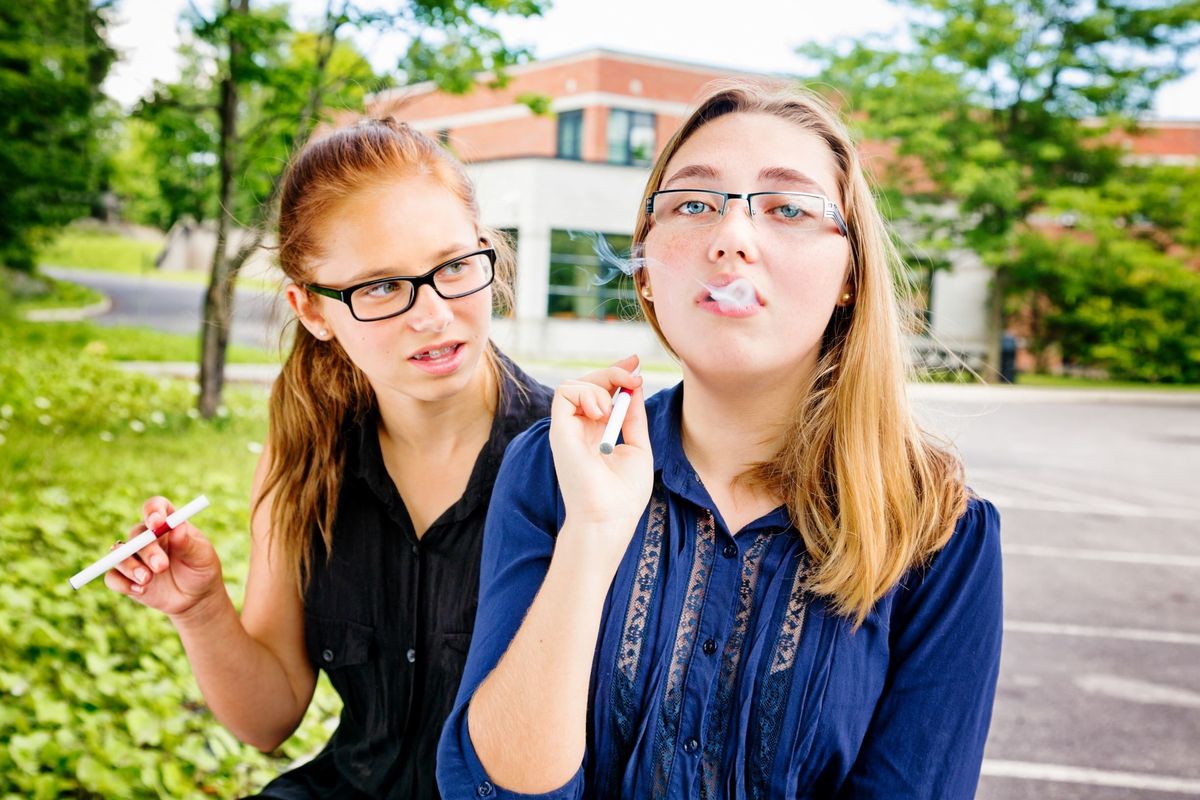 Juul Under Investigation By the FDA

Everyone's favorite new habit, Juuling, a trendy electronic vaping alternative to cigarettes, is under fire. The FDA claims that Juul has employed marketing strategies meant to target teen customers. Massachusetts attorney general Maura Healey, who is also investigating Juul told The New York Times that she believed the company's strategy is about "getting kids to start vaping, and make money and have them as customers for life."

Promotional marketing materials circulating through social media are one factor prompting the investigations. Several images of hip young people holding Juuls — leading to teens posting images and videos of themselves smoking them — surfaced online when Juul went on sale in 2015. At the time, campaign managers said the models featured in the promotional photos were 21 and over. But early 2017 saw Juul's shift in focus to target adult smokers, using models 35 and older. The Times reports that only this June did the company begin using real smokers (and non-models) who switched to Juul in its marketing tactics.

Regardless, social media suggests that "Juuling," as the kids call the usage of Juul's vapes, is most popular among the youth. And though studies do suggest vaping is less harmful than smoking cigarettes, Juul use is not without risk, as they (and other e-cigarette affiliates) are full of carcinogens, like the nasty cigarettes they are purported to be "better than." Juul claims that it has converted one-million smokers to e-cigarettes in their own self-reported analysis, as part of a response to FDA's request for documents.

​In a statement regarding the investigation, FDA commissioner Scott Gottlieb wrote that, "The nicotine in these products can rewire an adolescent's brain, leading to years of addiction," refuting further claims that e-cigarettes can be used to successfully transition out of smoking. Studies show in fact that the opposite may be true: teens who had yet to have a cigarette through 12th grade due to vape usage, were four times more likely to begin smoking after high school.

The fact that the packaging for Juul's smells, looks, and tastes better does not obscure negative health effects of e-smoking, according to health advocacy groups who support the FDA's investigation of Juul.

So the moral of the story seems to be that for teens and adults alike, smoking is still bad for you, even if it comes in a sleeker "electronic" package.