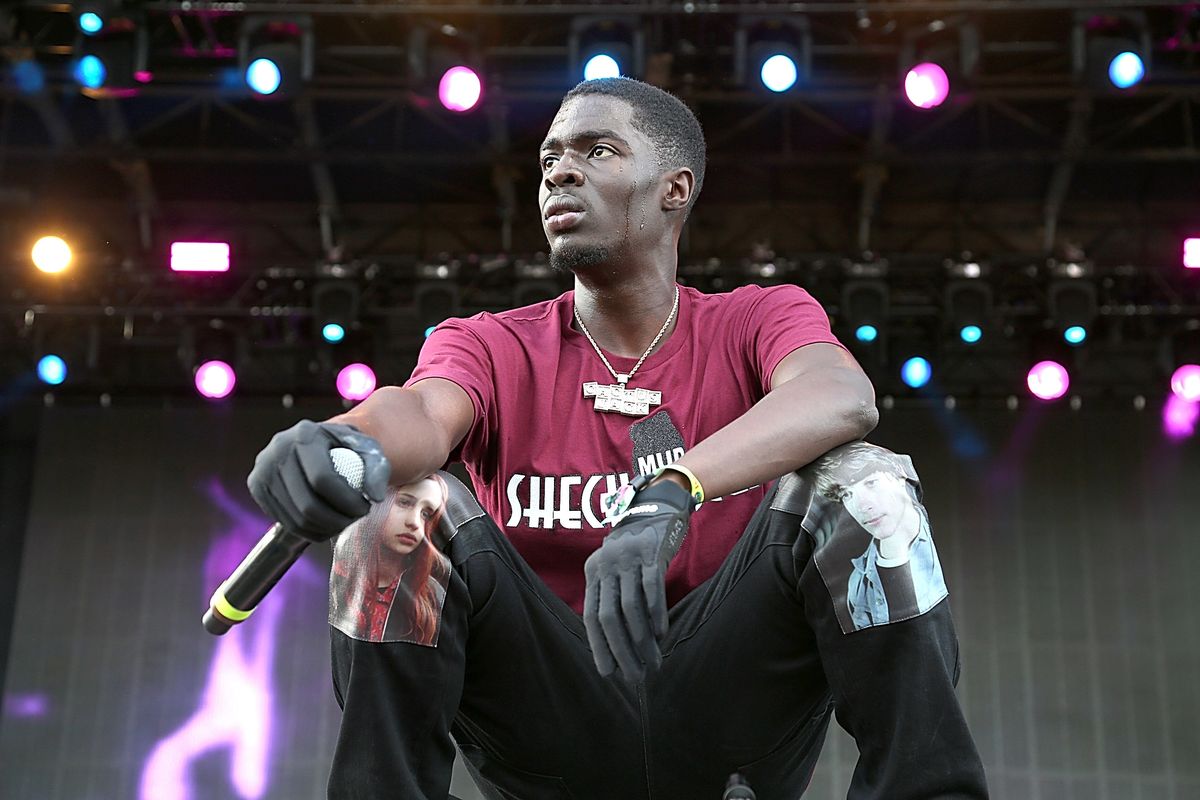 Singer and model Justine Skye has accused Sheck Wes of physical abuse. In a series of Tweets, Skye suggested that Sheck Wes has a history of beating women, and referred to a specific incident in which she says Sheck Wes and a group of friends "stalked" and "attacked" her and friends while out for her walk.

"You hit your girl before me and you'll do it again" she wrote, continuing in the next post, "if you never put your hands on me.. you wouldn't be in this situation and you just keep making it worse."

Taking a walk with my friends and my man and Sheck Wes (my abuser) and his friends decide to STALK US and attack my… https://t.co/zBZvhC9AnG
— Justine Skye (@Justine Skye)1549935838.0

You’re pathetic... and all the people defending you, ya whole bitch ass label.. everyone. You spreading lies about… https://t.co/NfNKVGgu9T
— Justine Skye (@Justine Skye)1549936789.0

Sheck responded, denying all of the allegations early this morning: "I never hit or beat any women and I did not beat up or jump anybody."

I’ve chosen to remain silent until now out of respect for actual victims of abuse. But I cannot stand by while lie… https://t.co/pTFTM64u5E
— Sheck Jesus (@Sheck Jesus)1549960112.0

Skye doubled down on her accusation following Sheck Wes's denial. Today she shared a video that she claims shows him jumping the fence around her house. She also posted a screenshot of text messages with DJ Chase B, a friend of Sheck Wes' who often performs with him. In the texts, Skye appears to be telling Chase B that Sheck Wes is threatening her, and asking him to send help.

I literally have footage of you jumping over the fence of my crib to attack me Sheck... your lies are even more dis… https://t.co/we0dvtfiSj
— Justine Skye (@Justine Skye)1549986824.0

"Recently I've had one of the scariest/heart breaking experiences in my life and it's still hard for me to talk about.
I felt stupid, angry, depressed.. blamed myself. Trying to figure out how someone who claimed they loved me so much could find such evil within themselves to hurt me mentally and physically," she wrote.

Skye's most recent video and single "Build" also addresses domestic violence. Rumors that Sheck Wes was the abuser she wrote about in the song have circulated since its release. Skye is currently in a relationship with rapper Goldlink, who appeared to address the allegations against Sheck Wes in his recent song "Justine's Interlude."