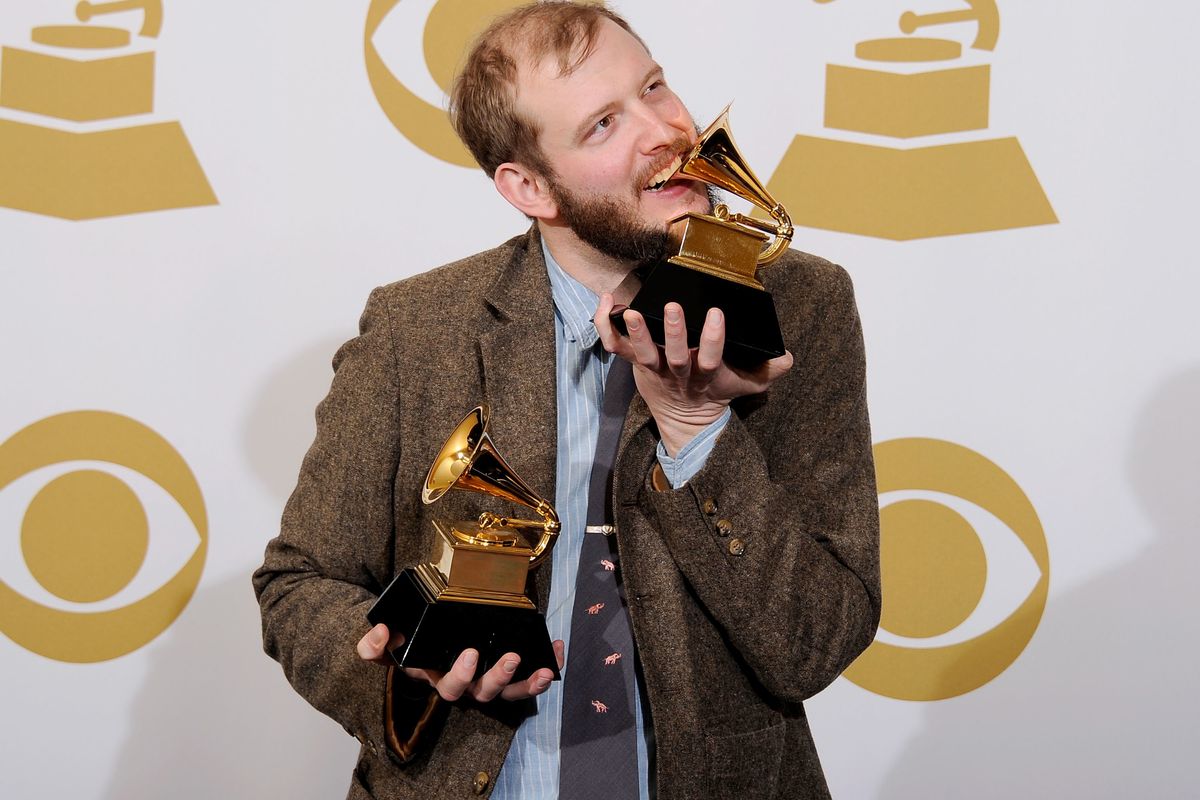 Frontman of beloved Grammy-winning band Bon Iver, Justin Vernon, had some choice words this morning for the Recording Academy. Vernon got wind of Bruno Mars' big 2018 win, and promptly informed followers and peers that the awards ceremony is not something they should "take seriously."

Definitively shook at the concept of Mars' multiple awards (likely Album of the Year in particular), Vernon got frank: "You absolutely have to be shitting me."

The Grammies are for the music Industry. Music, itself, is for everywhere else and everyone else. Good to remember.
— blobtower (@blobtower)1517167050.0

He also did the Lord's work, accompanying his feelings on Mars' taking heavy inspiration from the '90s with an article from The Onion (just to be clear, Mars won Song of the Year for "That's What I Like" over Luis Fonsi's "Despacito," a chart-topper which would have made for the first Spanish song to take that spot).

Vernon's tweets come four years after Bon Iver won two Grammys of their own. The band also refused to perform at the awards ceremony after they were told they could only take the stage if they joined another artist (hi, Lorde!). Oh, he also called Grammys executive producer Ken Ulrich a "dick producer." Go all the way off.