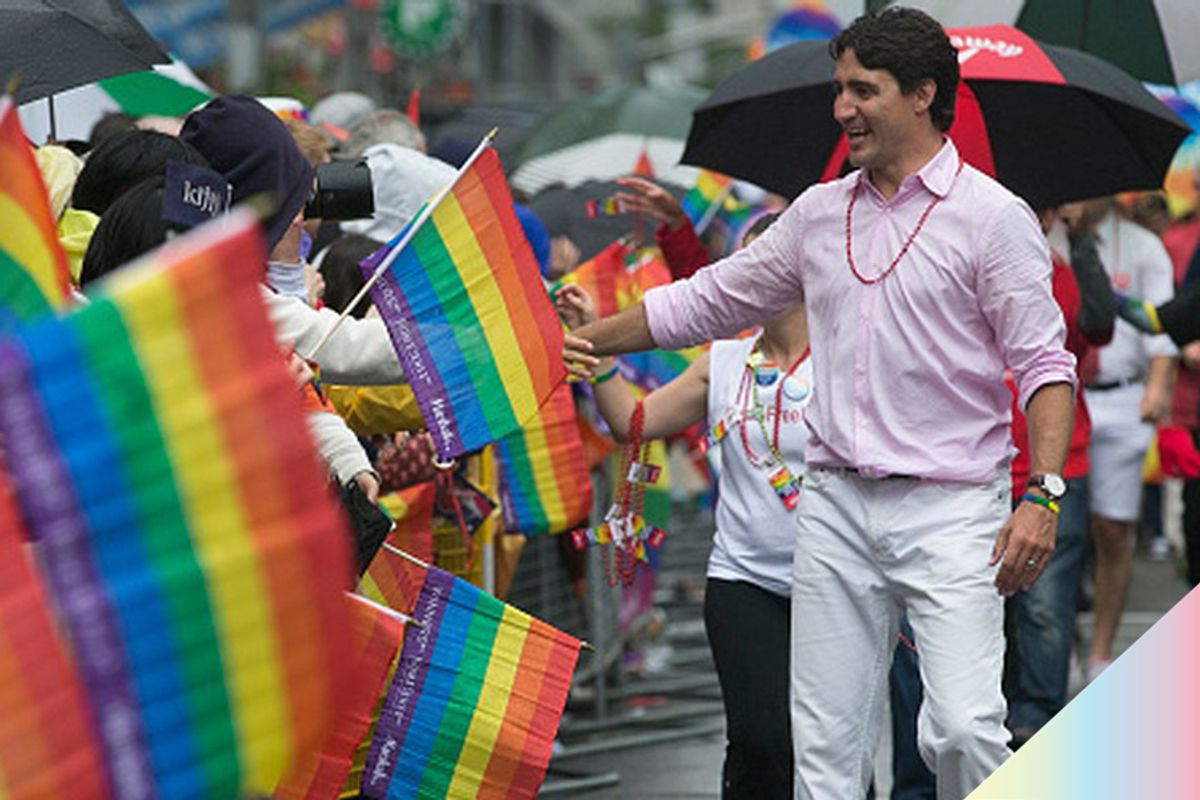 Justin Trudeau is continuing to prove why he is the Internet's collective political obsession and source of thirst once again. The Canadian Prime Minister raised a rainbow Pride flag on Parliament Hill today, a first for any leader in the country's history. The flag will continue to fly on a temporary flagpole to celebrate Pride Month across Canada.

"This is a great day for Canada and it's part of a long series of milestones this country has hit over the years," Trudeau said on Parliament Hill. "It hasn't been easy, it hasn't been automatic, a lot of people fought for a long time for this day to happen." Many openly gay members of Canada's liberal part were also present at the occasion.

The historic flag raising comes after Trudeau announced that he would march in Toronto's pride parade, becoming the first Prime Minister to do so. But this won't be his first time on the Pride circuit, having participated in festivities across the country during his election campaign. "It's not going to be my first time," he remarked to laughs from the crowd. We're sure it won't be his last time either.